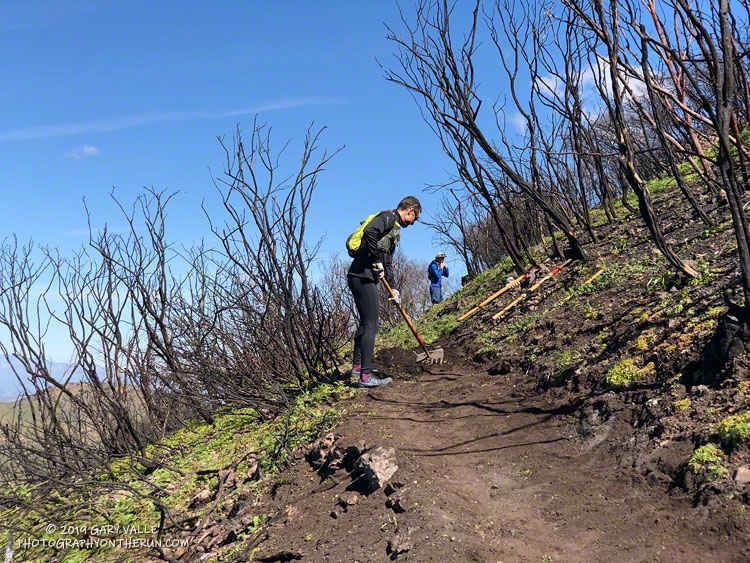 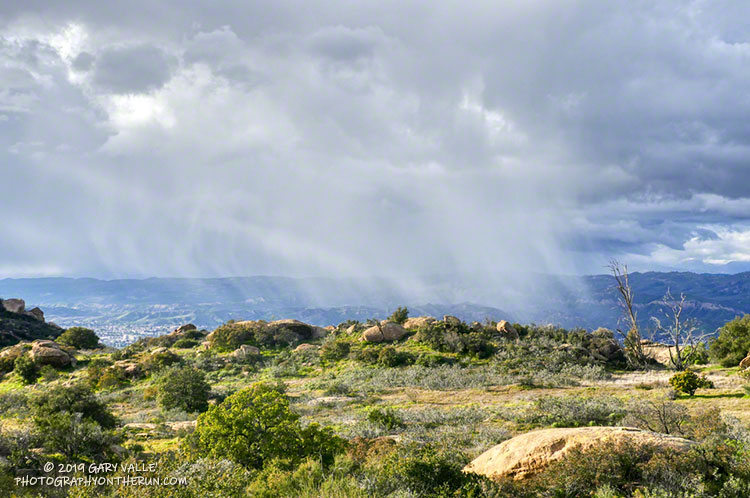 There were many reports of snow, sleet, hail, and graupel around the area yesterday.

It was definitely cold! The afternoon temperature at 1700′ at the Cheeseboro RAWS was around 42°F. And the temperature was probably cooler in the vicinity of convective showers, such as the one above.

The photograph is from Sage Ranch, at an elevation of about 2000′. I was hoping to see some snow on the ground — but no cloud buildups cooperated. 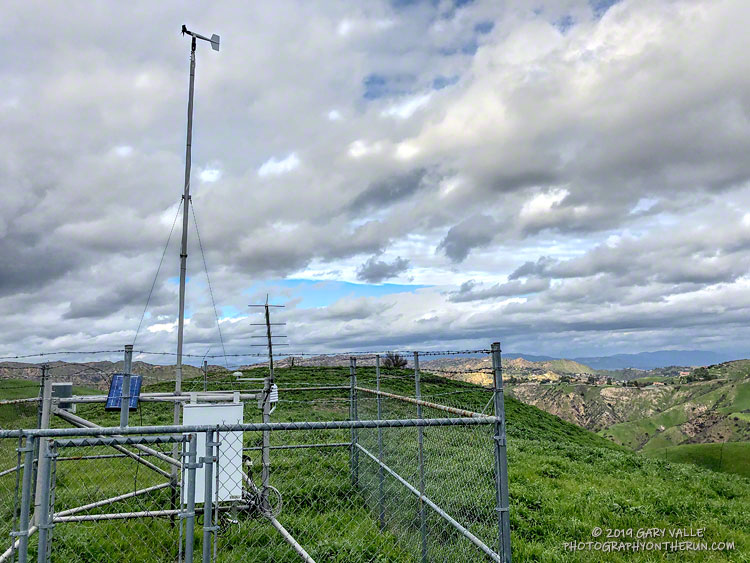 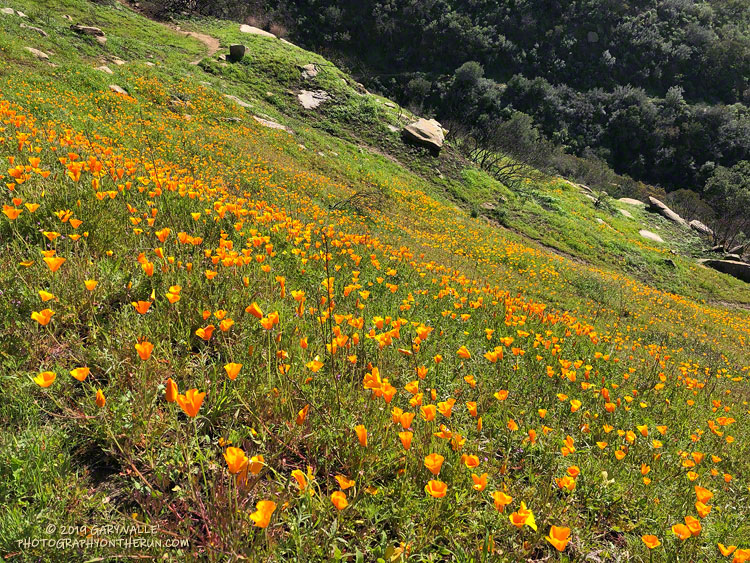 Rounded a corner running down the Lower Stagecoach Trail, above Corriganville, and was suddenly immersed in a sea of orange.

The area was burned in a potentially dangerous fire, the Peak Fire, that started along the 118 Frwy on November 12, 2018, while the Woolsey Fire was still being fought. The fire threatened homes in the eastern Simi Valley and Box Canyon, but was aggressively attacked by firefighters and quickly knocked down. 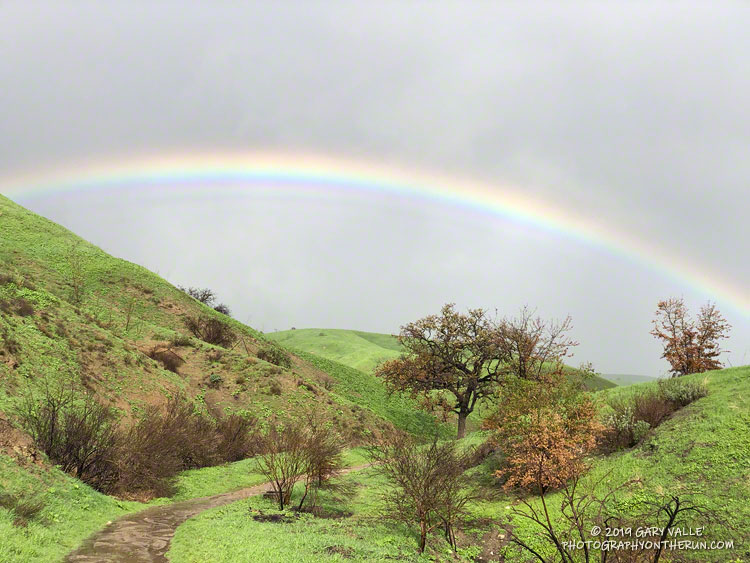