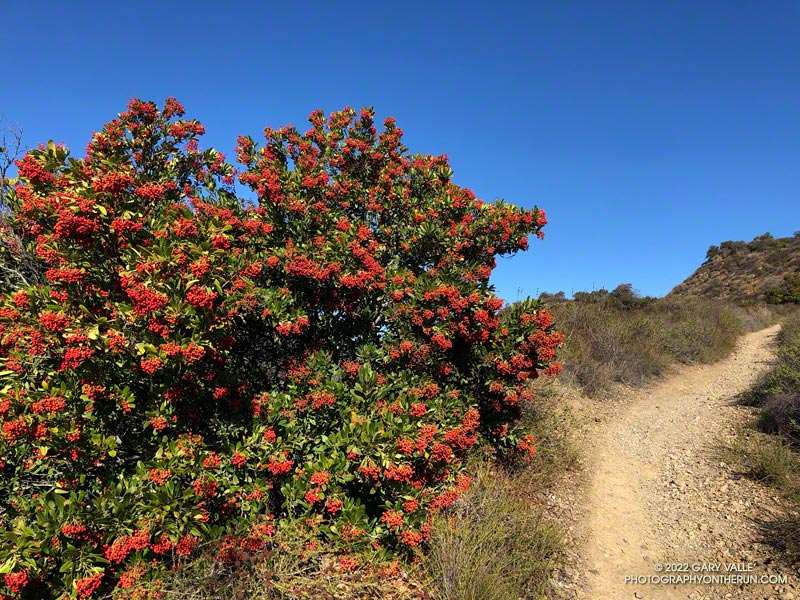 Last November and December there were almost no Toyon bushes in the Santa Monica Mountains with berries. This year the colorful orange-red “Christmas berries” are everywhere.

The heavily-laden bush pictured above (and many others) were along the Rogers Road segment of the Backbone Trail, between Will Rogers State Park and Temescal Ridge Fire Road. 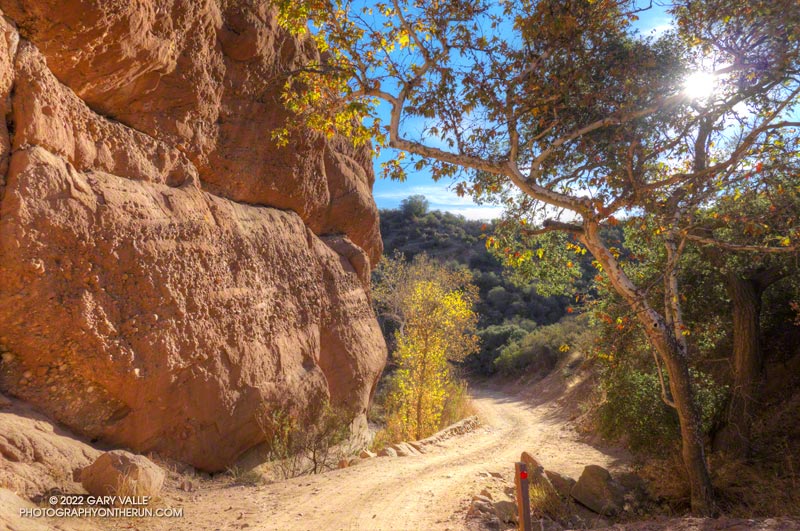