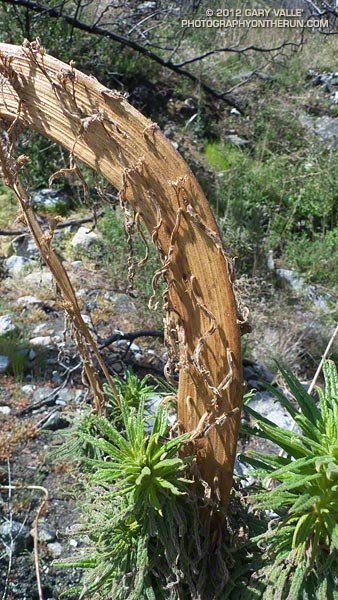 The photograph above is of an example of a bizarre malformation in plants known as stem fasciation — in this case in Eriodictyon parryi (Poodle-dog bush). The normally round stem of the plant has been transformed into a thick ribbon-like structure, many times the size of a normal stem. The photo is from a recent trail run in an area burned by the 2009 Station Fire. 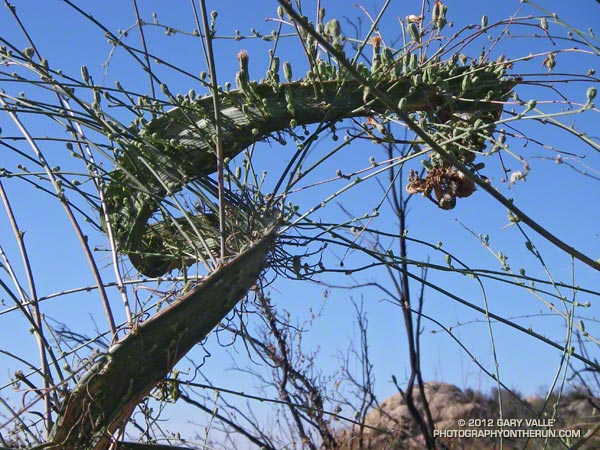 This is the second time I’ve found a plant with a fasciated stem in a burn area. The first was at Sage Ranch following the 2005 Topanga Fire. In this case the fasciated stem of a wreath plant (Stephanomeria) was a contorted spiral several feet tall.

There are many mechanisms which are reported to cause fasciation; among them a bacterium, stress, chemical or mechanical damage, and inheritance. It may or may not be coincidence that both of these examples were found in burn areas — about two and a half years into recovery in the case of the Turricula, and a year in the case of the wreath plant.