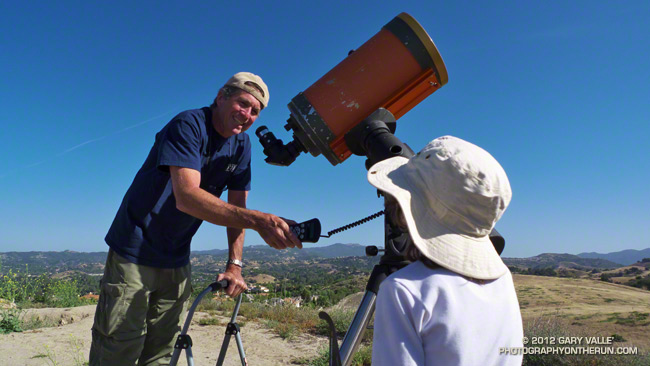 With a solar eclipse, lunar eclipse and transit of Venus all occurring over a 17 day period, my trail running has taken on a definite astronomical bent. 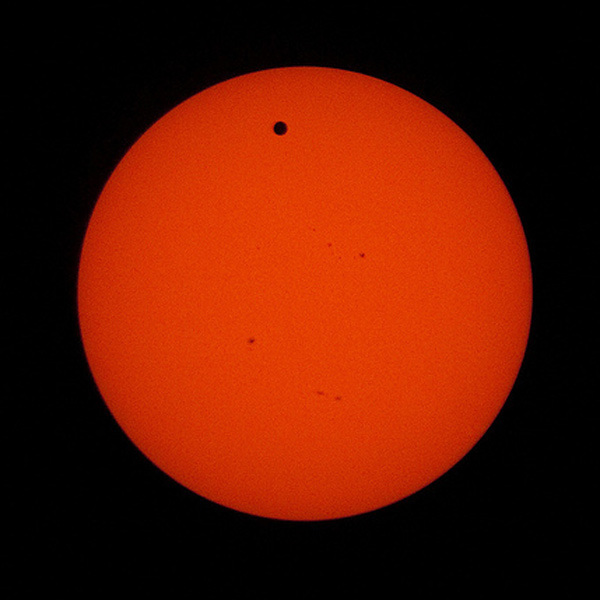 Low clouds prevented local viewing of the lunar eclipse, but the May 20 solar eclipse was fantastic. And as a result of a series of interpretive programs offered by Santa Monica Mountains Conservancy and Mountains Recreation & Conservation Authority, I was able to view the transit of Venus this afternoon, while doing one of my regular trail runs in Upper Las Virgenes Canyon Open Space Preserve (aka Ahmanson Ranch).

Local astronomer & volunteer naturalist Pat McQuaid setup his 11″ Celestron telescope on one of the Park’s hilltops, a short distance from the trailhead. With proper filtration and a wide field eyepiece, the image of the planet’s disk crossing the Sun’s face was spectacular! The image seen through his telescope was similar to this NASA – Johnston Space Center photo from the ISS.

The weather was perfect for an afternoon walk (or run), and many people made the half-mile trek.

The transit of Venus across the Sun’s face is a rare event, occurring only a couple times a century. So thank you SMMC, MRCA and naturalist Pat for the opportunity see it in the middle of a trail run!