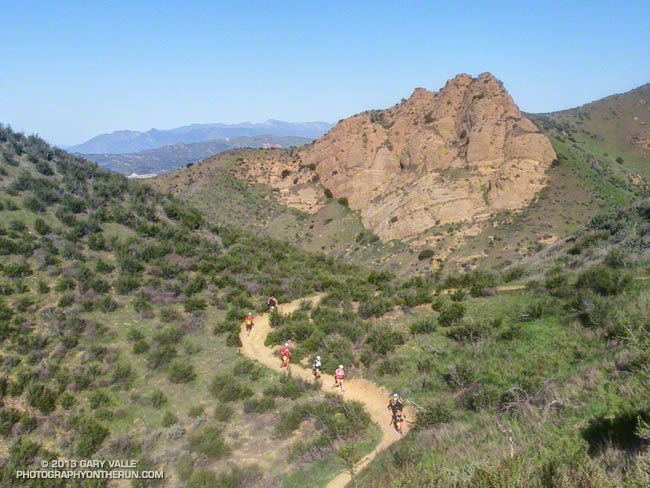 If my training goal was to be running on spent legs, I had achieved that goal. I was at mile 22 of the Bandit 50K and trying to run up Las Llajas Canyon. On paper (or LCD display) Las Llajas is a gradual climb, gaining a modest 600 feet in a little more than 3 miles. But on dirt and in reality it is an onerous climb that numbs the mind and makes you mumble to yourself, “Why can’t I run up this thing any faster?” 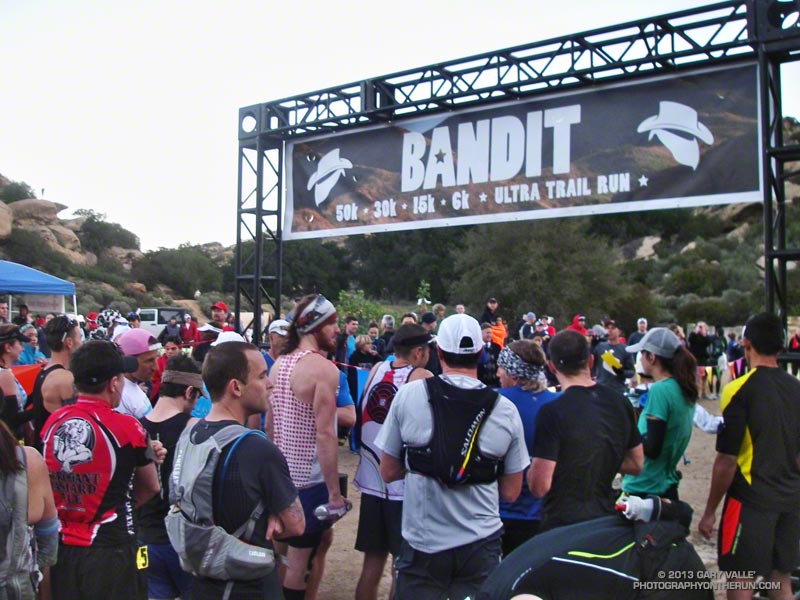 Since early December I’d been doing extra training to prepare for the Coyote Backbone Trail Ultra at the end of March. Part of the training plan was to combine the Ray Miller 50K and Bandit 50K with other runs to increase the mileage. I had been following the usual training tenants and trying to vary the types of workouts, the mileage and intensity. So far it had all gone well, but the miles were adding up.

Early in the race I’d taken it easy — especially up the insanely steep “Corridor Trail.” But some trail running temptations can’t be resisted and I had pushed the pace going down the Chumash Trail — one of my favorite trails. Even if that was one of the reasons I was struggling a bit going up Las Llajas, it was worth it.

The new out and back from Las Llajas Canyon to Tapo Canyon was so much better than doing the Chumash-Las Llajas loop twice! The running was varied and challenging; plus we were able to marvel at the race leaders, and share the experience with many more runners! Chris Price and several other runners looked strong cranking it up out of Chivo Canyon. Averaging just a little over 8 minute miles, Chris went on to break the Bandit 50K record he set in 2011, doing the new (and longer) course in an amazing 4:10:23! 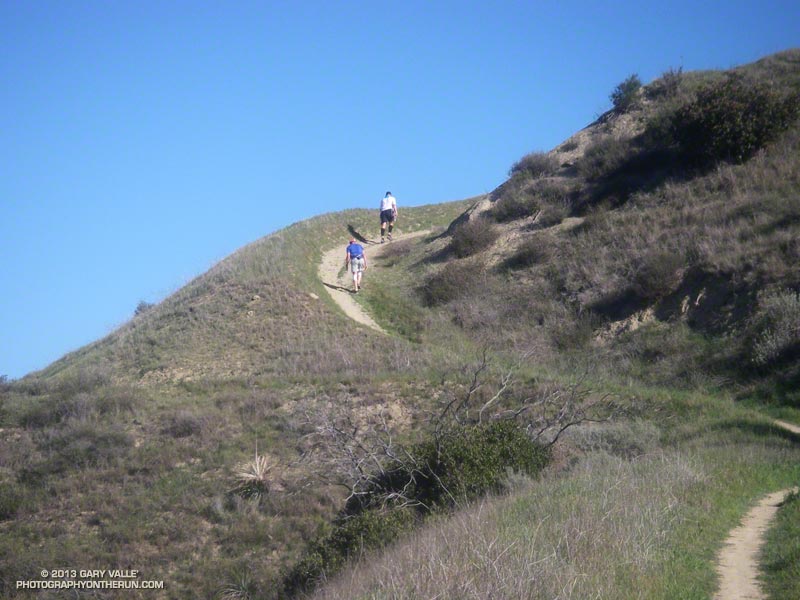 The weather forecast had looked a bit iffy earlier in the week — iffy hot in this case. But temps had cooled by about 10 degrees in 24 hours, and today the weather was excellent. It was on the warm side on a couple of the climbs, but nowhere near what it can sometimes be on a warm Winter’s day in Southern California.

After an indeterminate time I made it up Las Llajas Canyon to the split and started climbing up the steep oilfield road that connects to Rocky Peak Road. Part way up I was extremely disappointed to see that my Hill Climbing Helper® wasn’t where I left it. This made me even slower going up the hill.

Once the last hard climb to Fossil Point is done it doesn’t take long to get to the Chumash Aid Station. Rolling terrain leads from there to the top of the Rocky Peak grade at about mile 27. From there it is nearly all downhill to the Finish. 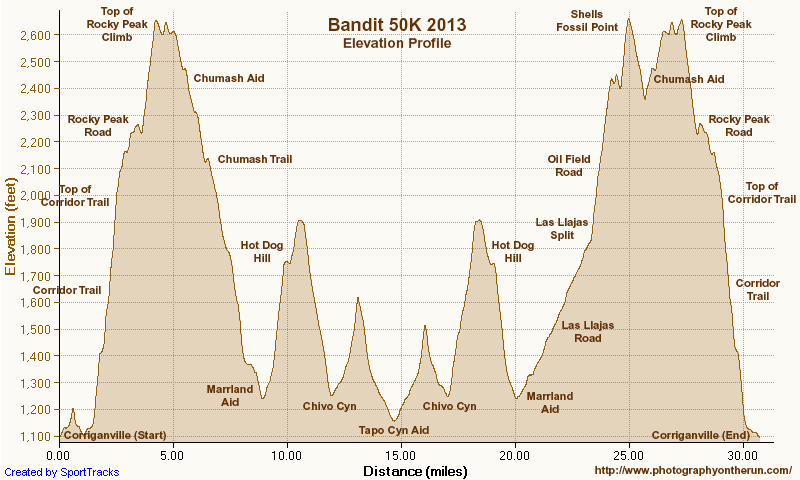 More than 450 runners participated in the 5th edition of the Bandit Trail Runs, competing at distances that ranged from 6K up to 50K. Many thanks to the Bandit race committee — Randy, Sarita, Larry, Tommi, Mat and Eric — and all the Bandit volunteers, sponsors and runners.

According to my GPS tracks the 2013 50K course was about 3/4 of a mile longer than the 2011-12 course and had slightly more elevation gain/loss. Here’s an interactive Google Earth Flyover and Elevation Profile of the new 50K course. The flyover is interactive and can be paused and restarted at any point. You can rotate, zoom, and tilt the view. Mileages and locations are approximate and based on my 50K GPS track. The Google Earth plugin is available for most desktop browsers.

Here are few additional photos. Click the image for more info and a larger image.