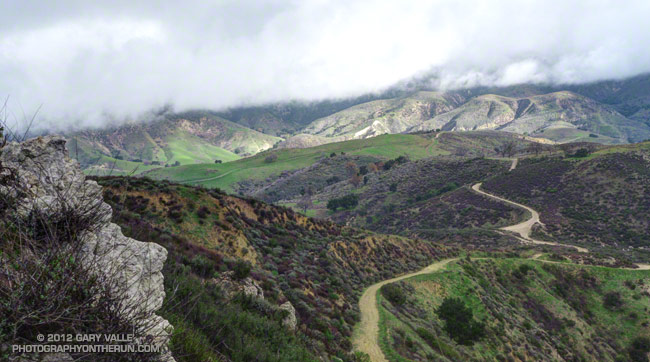 Yesterday’s run to Mugu Peak included several of the trails on the Ray Miller Course, so this morning I got in some miles on the Bandit trails. The title photo was taken near the high point of the Bandit 50K and 30K courses in Rocky Peak Park.

This year, rather than doing two Chumash – Las Llajas loops, Bandit 50K runners will do a new out and back segment in Tapo Canyon Open Space to Tapo Canyon Rd. Both 50K and 30K runners we’ll run up Las Llajas Canyon — in the distance on the left — and then up from the old oil field to Rocky Peak Road. After a short downhill Rocky Peak Road climbs to “Fossil Point” the high point of the course.