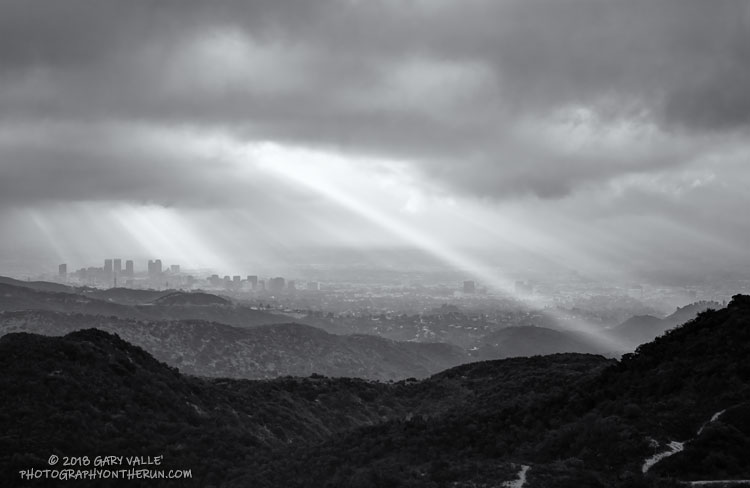 Rays of sunshine burst through breaks in the clouds over the Los Angeles Basin and Century City.

From a recent run on the Backbone Trail to Temescal Peak and down Rogers Ridge. 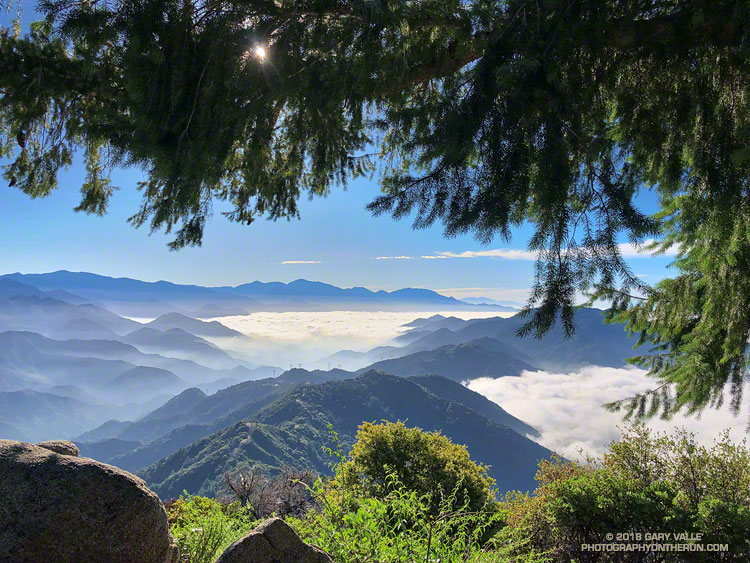