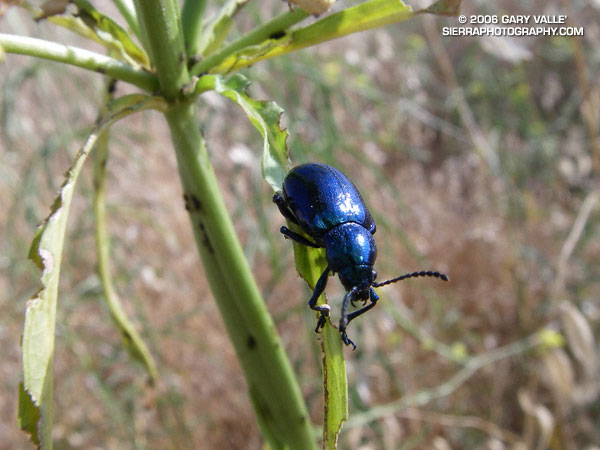 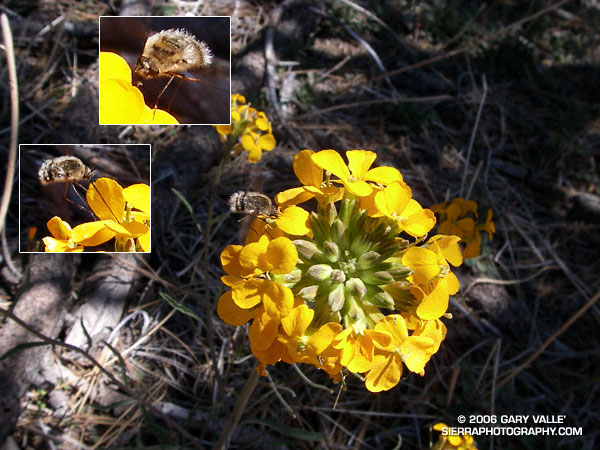 The fuzzy critter with the beady eyes is a Bee Fly. Its darting, hummingbird-like movements caught my eye while running on the Tumamait Trail near Mt. Abel (Cerro Noroeste) on Sunday. It was feeding on a Western Wallflower (Erysimum capitatum). Fully consumed by the morning’s experiences, I had been marveling at the vibrant yellow of Wallflowers along the trail.

With only a cursory glance, someone might mistake a Bee Fly for a bee. It does buzz. But the resemblance is superficial. It is smaller than a Honey Bee, and more thick-bodied. It has long legs, and a long proboscis to collect nectar. These can be seen in the inset photographs.

Looking at these photographs it struck me that there probably is a relationship between the length of the Bee Fly’s proboscis, and the length of its legs. It can be seen in the photos that the Bee Fly uses its legs to grasp a plant while flying and feeding. This helps stabilize its flight, conserves energy, and enables a quick escape from a possible predator. It would seem that the legs have evolved to be just long enough to accomplish this task. 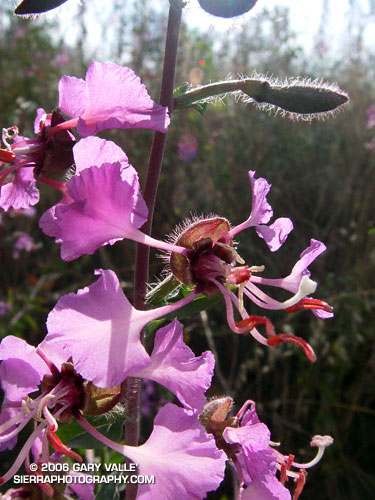 Elegant Clarkia (Clarkia unguiculata) is a showy, if somewhat bizarre looking, flower that blooms late in the Spring. It is also known by the common name woodland Clarkia. It adds a refreshing dash of color to the hills of Southern California, as they turn from green to golden brown. The plant appears to be an excellent indicator of Spring rainfall. In a drought year it might only be a foot tall, but in a rain season with a wet Spring, some stalks may reach 6 or 7 ft. 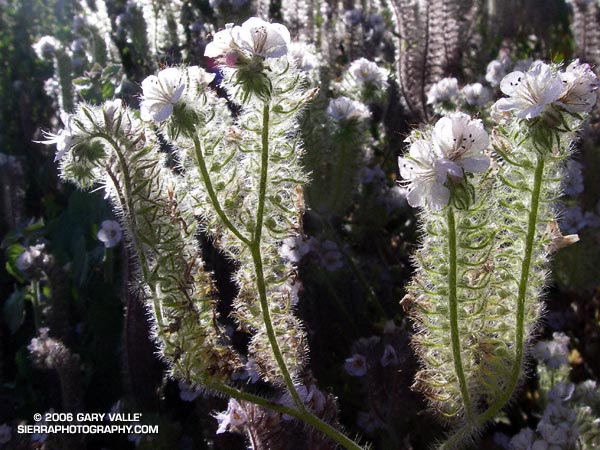 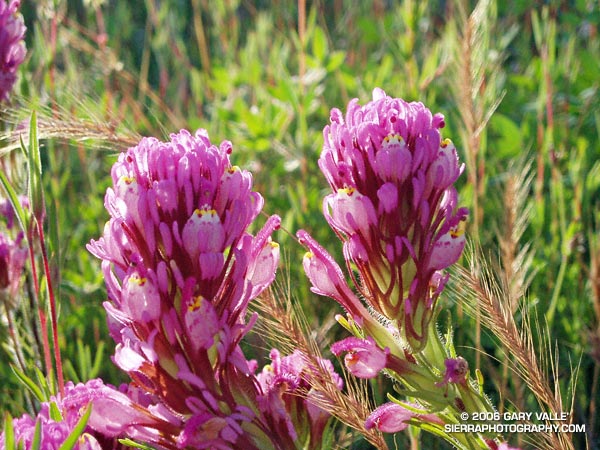 A close view of Owl’s Clover reveals the probable reason for the name — fat little purplish-pink owls, crowned with a tinge of yellow, perched amid the purplish-pink of this unusual blossom. Here’s an even closer view of one of the individual flowers, showing its remarkable structure.

Owl’s Clover, in this case Castilleja exserta, is a fairly common California native that seems to prefer the margins of dirt roads and other disturbed areas at lower elevations. It’s in bloom now in the Santa Monica Mountains and Simi Hills. I noticed some on the Bulldog loop while running the Malibu Creek Challenge on Saturday, and also while doing a short run out a Sage Ranch Sunday. 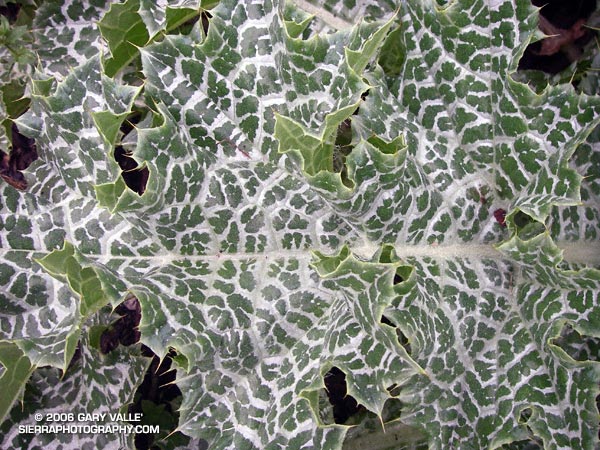