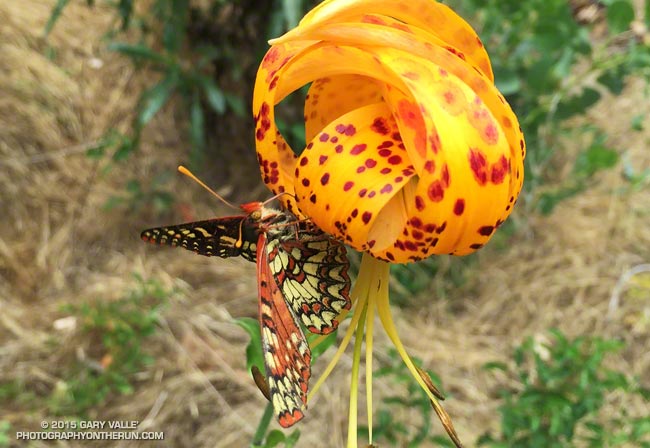 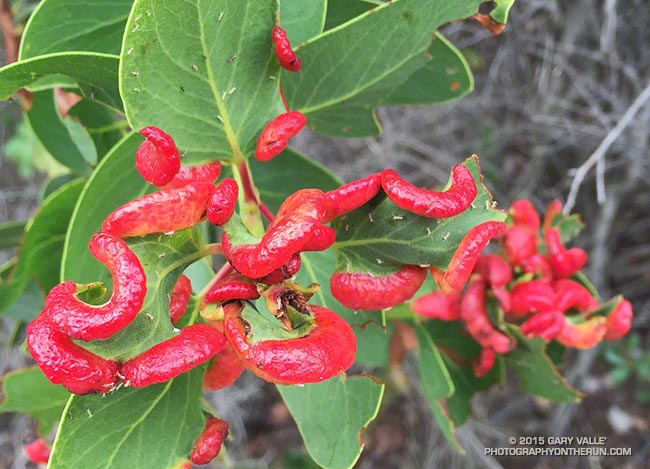 Was running down the Chamberlain segment of the Backbone Trail Saturday, when a flash of bright red on a manzanita bush caught my eye.

Very bizarre, as nature often is. At first glance I thought the bulbous red objects on the manzanita were some kind of larvae, but on closer inspection could see it was a swelling of the leaf. My first thought was some kind of viral infection.

What they turned out to be are aphid induced leaf galls. Galls generally provide a protective habitat and enhanced food source for the inducing species and their tenants. 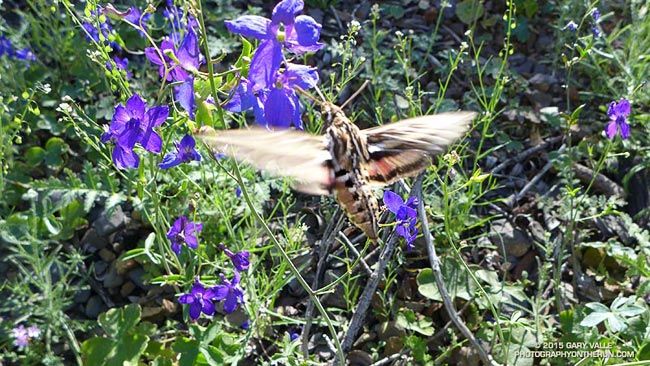 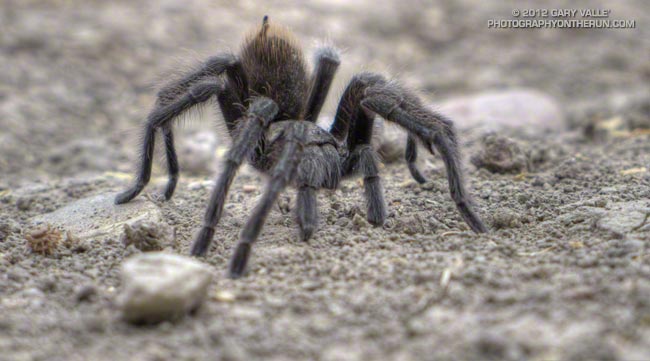 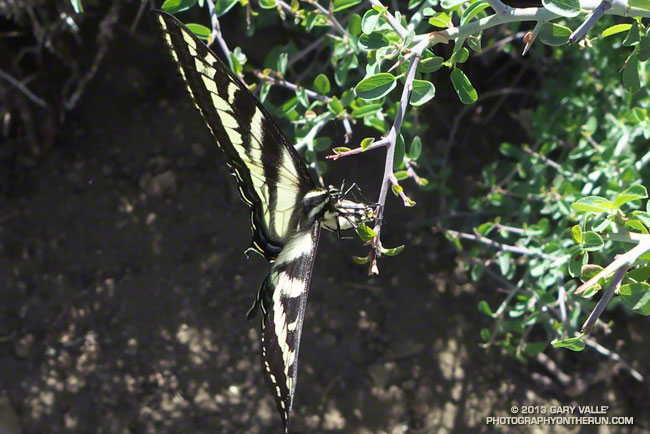