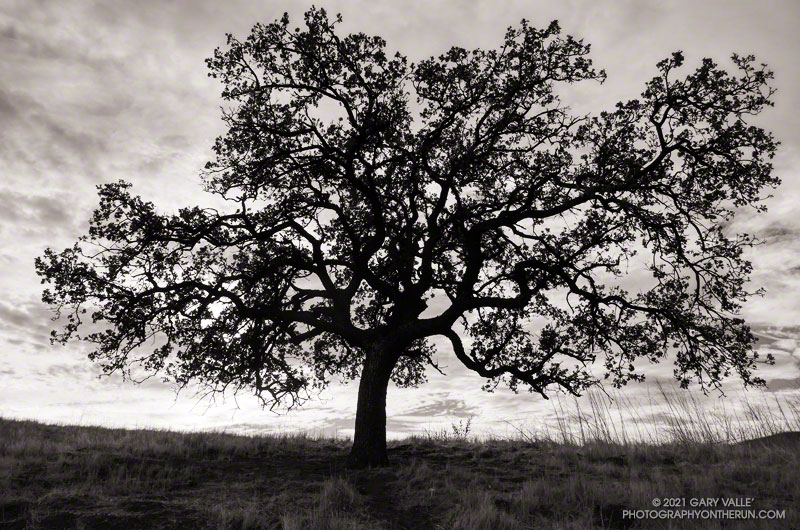 Above are thumbnails of a few photos from a 20-mile out and back trail run to Mugu Peak from the Wendy Drive Trailhead. The run was on October 17, 2020. Click on an image for a larger photo and more information.

There are several ways to get to Mugu Peak from the Wendy Drive Trailhead on Potrero Road. When I do this run I’m usually looking to do a longer, faster-paced run without a huge amount of elevation gain. That translates to running down Big Sycamore Canyon to Wood Ranch Road and then either running up the Backbone Trail or Hell Hill to the “hub,” and from there to La Jolla Valley and Mugu Peak.

Here are maps of Rancho Sierra Vista/Satwiwa and Pt. Mugu State Park from the NPS Santa Monica Mountains web site. Also see the Pt. Mugu State Park maps on VenturaCountyTrails.org. Please note that as of October 2020 the lower half of the La Jolla Canyon Trail is still closed.

One of Southern California Edison’s remote weather stations is in Sycamore Canyon, near the Danielson ranch house and multi-use area. 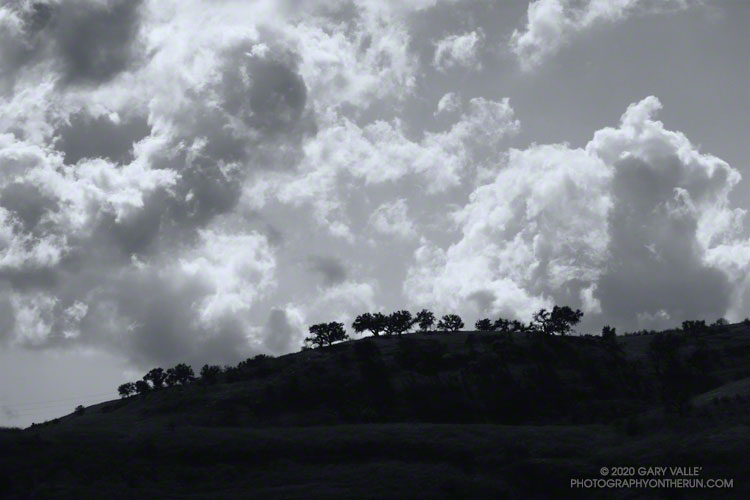 Following a December with twice normal rainfall, Downtown Los Angeles (USC) experienced the fourth driest January-February on record. Now it seems the spigot has been turned back on, and March rainfall for L.A. might very well be above normal.

More rain is forecast over the next week or so, but the major weather models differ on the projected amounts. To make up for the January-February rainfall deficit and finish the rain year close to 100% of normal, Los Angeles needs another 5.5 inches of rain by June 30.

Not impossible, given some of the forecasts, but that would be a lot of rain for this time of year. Well see!

Update July 6, 2020. Remarkably, Downtown Los Angeles (USC) ended the rain year, July 1 to June 30, within 0.07 inch of normal rainfall. It was a tumultuous rain season that saw copious rainfall in December, and then almost none in January and February — usually the wettest months of the year. Just when we started to think “drought,” the wet weather returned. Combined, Match and April precipitation was 221% of normal. That and a little rain in May brought the Los Angeles rain year total up to 14.86 inches, just short of the normal of 14.93 inches.

Update April 12, 2020. Over six consecutive days, from April 5 to April 10, Downtown Los Angeles (USC) recorded 2.96 inches of rain. This is about 325% of the normal amount for the whole month. The precipitation totals of 14.66 inches for the rain year and 14.63 inches for the water year are now above normal for the date and within about one-third of an inch of the normal annual rainfall for Downtown Los Angeles.

Update April 10, 2020. April rainfall picked up right where March left off.  As of April 9, Downtown Los Angeles (USC) has recorded 2.80 inches of rain this month. This is more than three times the normal amount of rain for the entire month of April. This brings the rain year and water year totals to 14.50 and 14.47 inches, respectively. For the first time since February 1 the rainfall totals for Los Angeles are above normal for the date. Los Angeles is now within a few tenths of an inch of normal rainfall for the year, and it is still raining today. 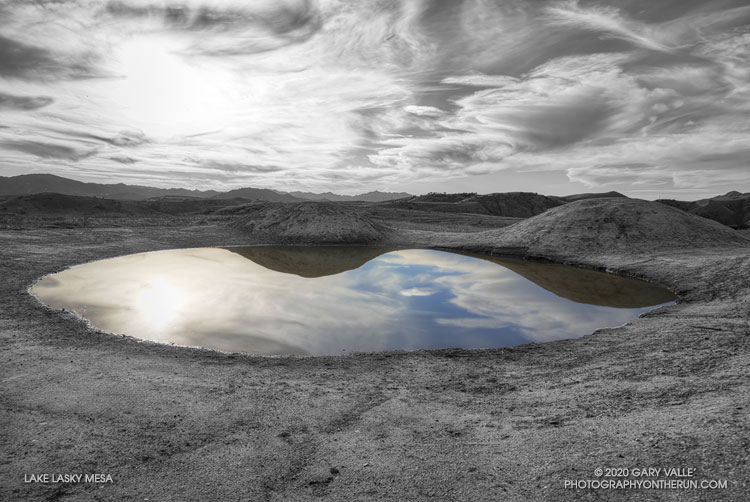 Hidden away in the central highlands of Lasky Mesa, and not found on current maps, the “lake of the four hills” is shrouded in mystery.

Perhaps the result of earth movement or some other upheaval, the hills and lake seemingly appeared overnight. They are the latest in a series of perplexing formations to suddenly materialize on the site. 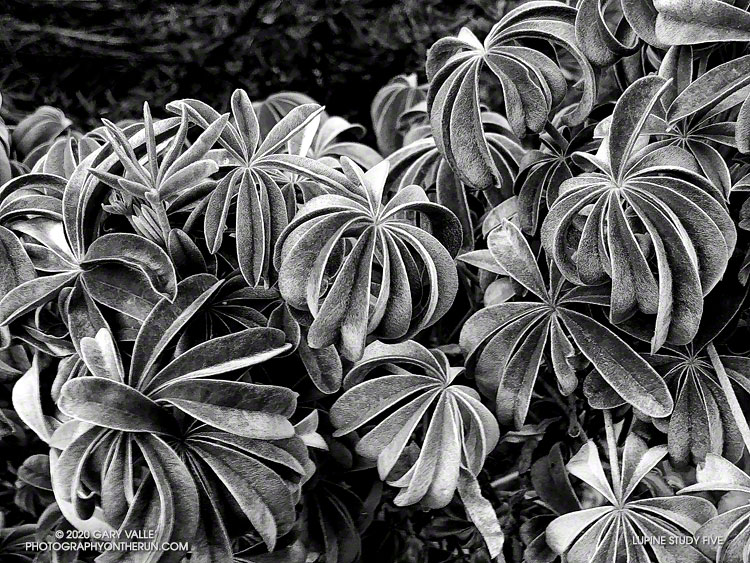 From a recent run on the Garapito Trail. 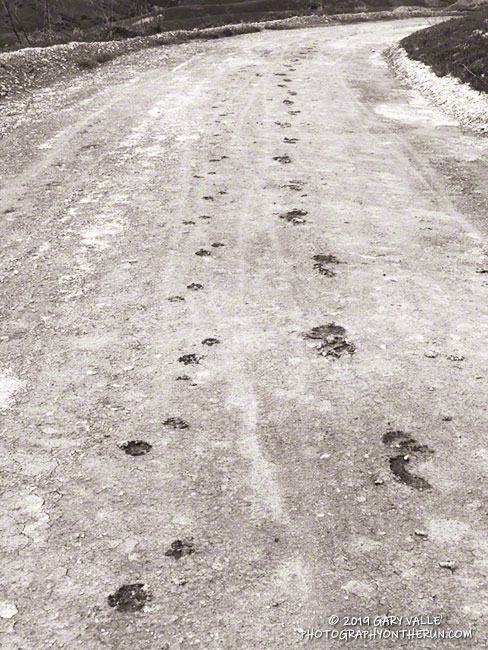