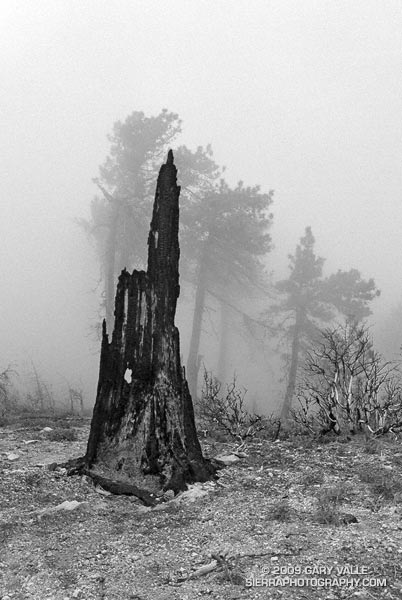 From Sunday’s hike/run up and down Mt. Baldy’s South Ridge. 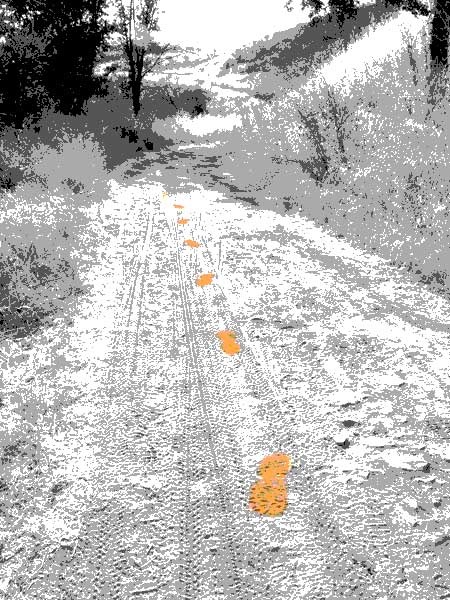 A search on the phrases “stride rate” or “running cadence” will turn up numerous articles extolling the benefits of a running cadence (stride rate) in the neighborhood of 90. An often quoted source of this axiom is Daniels’ Running Formula: Proven Programs: 800 M to the Marathon (Human Kinetics, 2004). The idea is that for a given speed, the faster your stride rate, the less time your body will spend airborne, the less you displace your center of mass, and the softer you hit the ground on landing. Less up and down should translate to more energy efficient running.

It makes sense that there is combination of stride rate, pace, body mechanics and other factors that will be the most efficient for a particular runner. One runner found his optimal stride rates by setting a treadmill to specific speeds, and then finding the stride rate that resulted in the lowest heart rate at a particular speed.

Numerous coaches speak of the benefits of an increased stride rate. Coach Jenny Hadfield in Run Faster, Easier in Runner’s World, wrote that increasing your stride rate is “the single easiest thing to change with your running and it will have a tremendous effect on your speed, effort level and risk for injury.”

That sounded pretty good to me, so a few months ago I started measuring my running cadence by counting foot strikes — left foot, left foot, left foot. Running at a training pace on fire roads and trails, my stride rate averaged about 80 — there was plenty of room for improvement.

From time to time I worked on increasing my stride rate, but seemed to be stuck at a rate of about 83-84. I could artificially increase my cadence above that level, but I was trying to find a way I could maintain a stride rate of over 85 for more than a couple of minutes.

Part of the problem was that counting strides was a pain. That problem was solved by a Garmin Forerunner 50. With a street price as low as $80 with HRM and Footpod (Costco 4/26/09), the device measures distance, speed, heart rate, and running cadence. Using the FR50, I could get immediate feedback on my stride rate, as well as compare how the rate varied on the same course from run to run.

Around New Years, I was out at Ahmanson Ranch, working on my stride rate. It just wasn’t happening. Daydreaming about kayaking, I thought about a kayaking coach’s comments regarding improving my forward stroke. Sit tall. Lean forward a little by rotating the pelvis, and projecting the chest forward. Didn’t I hear something similar to that in Scott Jurek’s video about uphill running technique? I wonder…

Trying these changes in technique, I immediately felt the difference. I glanced at my watch, and my cadence was 88 — and it was staying there!

In the weeks following this breakthrough, I’ve recorded personal bests on all my regular Ahmanson courses. I’ve been trying to apply the changes in technique to more of my running, and make it more second nature. It’s going to take some time, but so far I’m happy with the results. 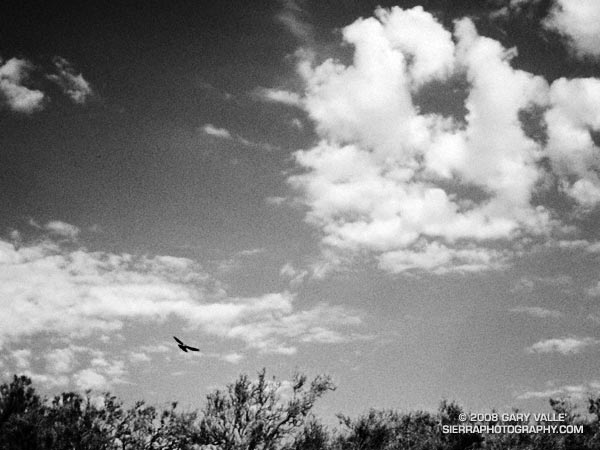 I heard the angry cries at least a quarter-mile away. The screams were incessant. Running along the dirt road, I emerged from a grove of oaks and turned west — running down a short hill and then up another. Cresting the rise, I paused to search the parched terrain.

The Winter rain season had been the driest on record, and Summer heat was now oppressive, abusing the animals and desiccating the chaparral. A few clouds cluttered the sky, but they would bring no rain. The cries continued.

The screams seemed to be coming from a group of rocks and oak trees near the campground. I left the road and slowly walked through the brush in the direction of the shrill shrieks. As I approached, the intensity and urgency of the screams increased. Intimidated, I stopped.

There was not only fury in those cries, but a warning.

To my left, something stirred. Slowly I turned and looked down. For a moment I just stared. Rabbit lay face-down against a rock, twitching. Up in the oak tree, Hawk continued his irate cries.

Suddenly, there was motion to my right, and Bobcat bolted from the brush. Hawk swooped in pursuit. His broad tail flared and wings twisted one direction and then another, as he followed the abrupt zigs and zags of Bobcat through the rocks, up the hill, and out of view.

Afterward: This encounter occurred during a run at Sage Ranch Park in July of 2002. I continued my run, and when I returned about 30-40 minutes later, the rabbit was gone. The photographs were taken during the encounter. 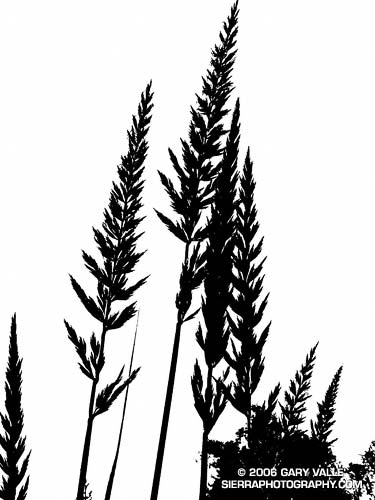 Giant Rye Grass (Leymus condensatus) is a member of the grass family that can grow several feet tall. These, out at Sage Ranch, are in the 5-7 ft. range.

Later in the year, after its large green blades turn brown, they have a peculiar, almost ghostly, way of rustling in the wind; sounding as if an animal or person has gently moved through them. (Photograph from a run on May 26, 2006.) 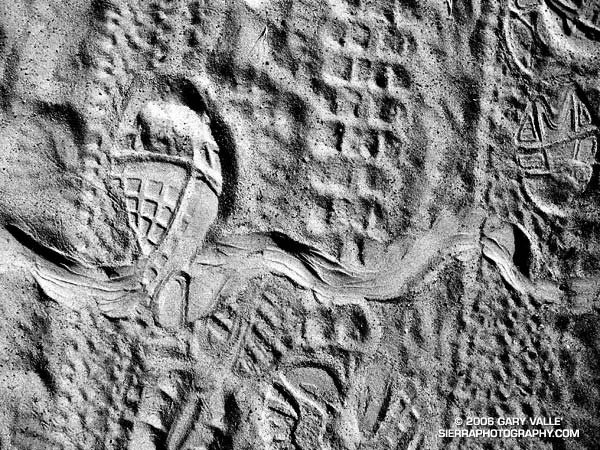 Runners, mountain bikers, a hiker, a rattlesnake, a wind-blown grass seed, and a motorcycle — all up on Laskey Mesa in Upper Las Virgenes Canyon Open Space Preserve (formerly Ahmanson Ranch).