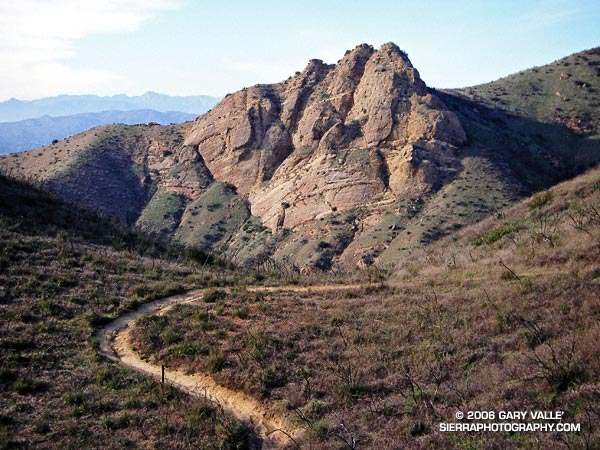 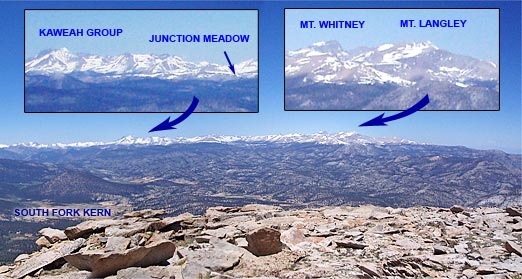 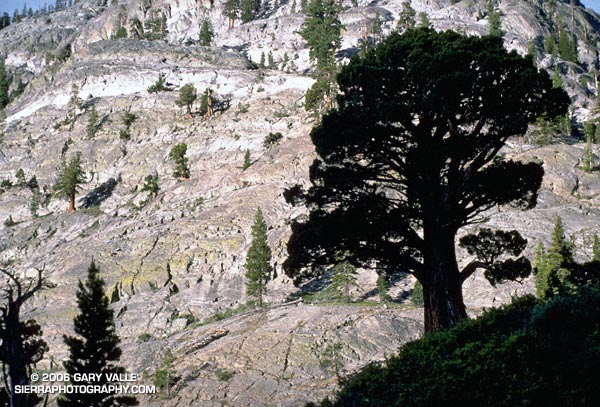 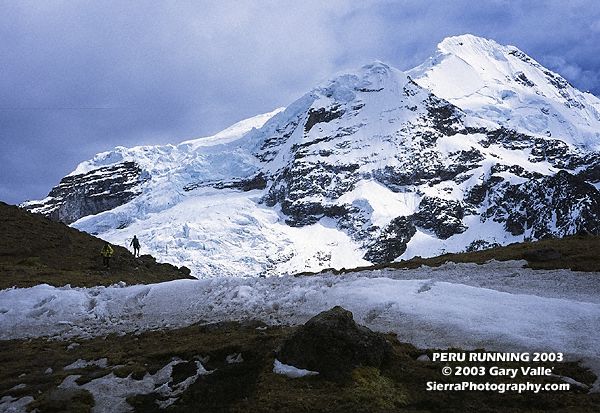 A runner descends the trail below Palomani Pass (16,600 ft.) on a Circuit of Mt. Ausangate (20,905 ft.) in the Peruvian Andes. Once acclimated, running at that altitude wasn’t as bad as I thought it might be, and when you return home, those 10,000 ft. trails feel like you’re running at sea level. The trip was arranged by my good friend Devy Reinstein of Andes Adventures and was unforgettable. (Photo taken July 23, 2003.)