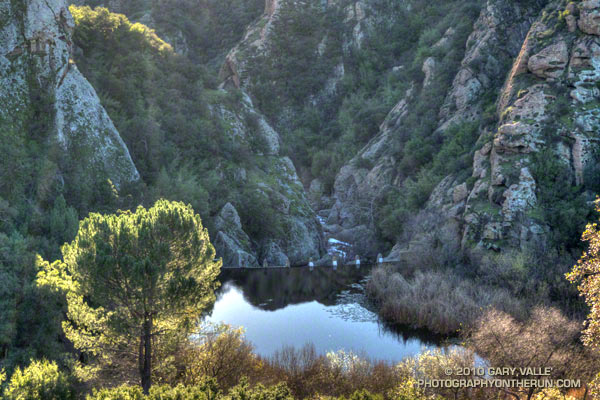 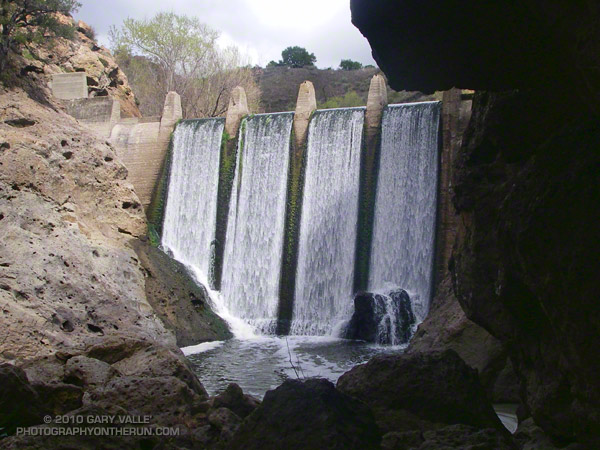 According to the Malibu Creek Docents, Century Dam was built more than a century ago (~1903) to create a lake that could be used for trout fishing and duck hunting by the members of the exclusive Crags Country Club.

This late afternoon photograph of Century Lake, Dam and Gorge is from today’s run on the Cistern, Lookout and Crags Road trails to the M*A*S*H. site, and start of the Bulldog climb.