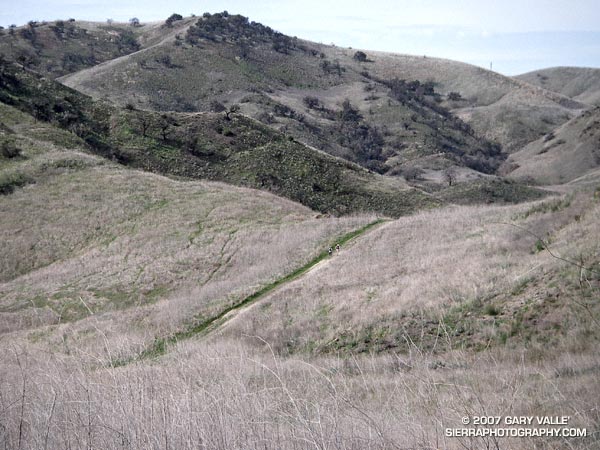 The area seen in the photograph is a small portion of the 24,000 acres that was burned in the Topanga Fire in late September 2005.

Although an undercoat of green is apparent, the drought in Southern California continues. According to NWS climate data, as of today, Downtown Los Angeles (USC) has recorded only 2.42 inches of rain since the water year began on July 1, 2006. This total is nearly 9 inches less than normal.