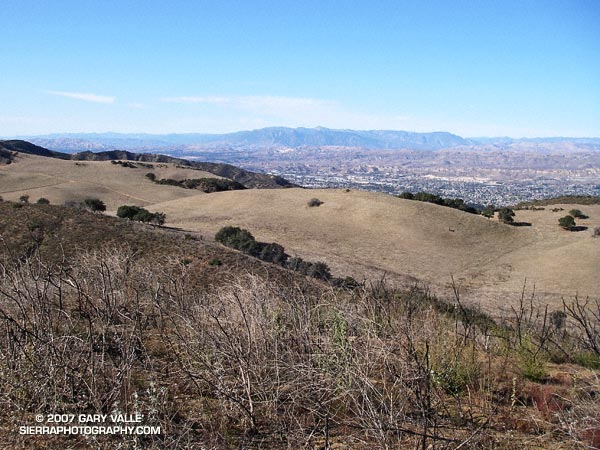 The open space areas in which I run would normally be lush and green by this time of year, particularly when there is an El Niño. But in the past 231 days (including today) the official weather station for Los Angeles has recorded only 1.31 inches of rain, and the hills remain a dank sun bleached gray-brown.

As mentioned in my post The Color of Rain, usually when there’s an El Niño, wet Winter weather can be expected to occur in Southern California. This year’s El Nino was late to develop, became stronger than expected, and may have already peaked.

Warm water in the tropical western Pacific contributes to the development of an El Niño, and studies show this pool of warm water has been increasing in temperature, perhaps increasing the strength and frequency of El Nino’s. The quirkiness of this year’s El Niño may be related to these changes.

Is any relief to our drought in sight? Not in the short term. A system forecast to affect the Los Angeles area Thursday and Friday will likely result in cooler temperatures and more wind, but little – if any – rain*.

California weather this rain season will be closely monitored by scientists participating in NOAA’s Hydrometeorological Testbed (HMT) Program. This program is “aimed at accelerating the infusion of new technologies, models, and scientific results from the research community into daily forecasting operations of the National Weather Service (NWS) and its River Forecast Centers (RFCs).”

*Updated 01/10/07. Today’s runs of the computer weather models are projecting from about 0.1 inch to 0.25 inch of rain from this system at Los Angeles. Also, see the January 10 update to Ed Berry’s Atmospheric Insights blog. Consolidation of the Pacific jet now appears unlikely, so we may not see typical El Nino impacts developing in California this month. There may be rain, but perhaps not as a result of a classic El Nino pattern. We’ll see!