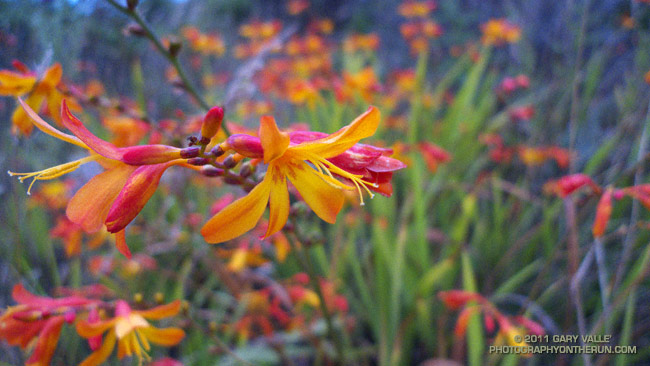 The two most showy wildflowers we saw on our run in the Marin Headlands last weekend were montbretia (above) and belladonna lily. Both are escapees from cultivation that originated from the Cape of South Africa.

Montbretia (Crocosmia x crocosmiiflora) is a garden hybrid developed in France in 1879 from two South African species. In California it is most commonly found along the coast from Santa Cruz County, northward. Belladonna lily (Amaryllis belladonna) is widely cultivated and has been reported in numerous California counties, primarily along the coast.