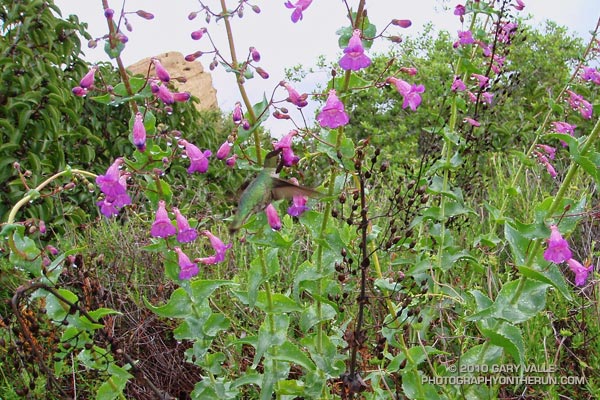 Even though it was Summer, it was cold. Except for the clinking of our climbing gear, it was still and quiet at 13,000 ft. The sun had not yet risen, and I was perched on an icy step just below the bergschrund of Palisade Glacier. Tom had just crossed the large crevasse, and the brightly colored red rope ran through my hands as he worked up the ice of U-Notch couloir.

After a few moments the rope stopped. My view of Tom on the steep ice slope above was obscured by the lip of the bergschrund, but from the clanking of the ice screws it sounded like Tom had paused to put in some pro. It was early in the climb, and while keeping tabs on what was happening above, I surveyed the glacier below.

Even if the glacier was minuscule by Pacific Northwest standards, it was the largest in the Sierra Nevada, and my first “real” glacier. Most of the snow on its surface had melted, exposing the gray glacier ice. Also uncovered were parallel crevasses where the ice had flexed over a buried ridge or projection, and cracked. We had bivied on the glacier just for the experience, peering into turquoise blue crevasses, and listening to its creaks and groans.

Now in the brightening light, my gaze followed the ice sculpted canyons down into the Owens Valley and then across to the Inyo Mountains, along whose crest the sun would soon emerge.

What the — suddenly there was a loud buzzing at my ear, and in the second it took to identify the sound, a hummingbird landed on the  climbing rope, just a few inches from my gloved hand. I stayed as still as I could, and hoped Tom would not move. Curious eye met curious eye and we just pondered each other, asking in so many words, “What are you doing here?”

On another Sierra climbing excursion, Phil and I were hiking from the South Fork Kings, over the Monarch Divide, to the turrets in the Gorge of Despair. On a late summer morning, in a high, gilia covered meadow, we paused to take some photos of wildflowers. There was much buzzing about the meadow, and several hummingbirds.

Watching the activity, we stood in awe as a pair of hummingbirds flew at ground level from opposite ends of the meadow. Just feet above the wildflowers, they flew directly at each other, meeting in the middle of the meadow and them zooming upward together in a frenzy of flight. The pair then circled back and repeated the maneuver.

My most recent hummingbird encounter was Saturday at Stoney Point. I had done my usual circuit through the array of massive sandstone rocks, stopping at various boulders to do particular rock climbing moves. Earlier, I had watched some rabbits “playing chase” with a ground squirrel. I say “playing” because that’s what it looked like. Neither animal appeared particularly concerned, and the squirrel would weave and wind, running first from one rabbit and then another.

I had worked around to the back of Stoney Point and had just passed Maggie’s corridor when I heard buzzing and the familiar “tsk-tsk” of an upset hummingbird, followed by the equally familiar warning whistle of a ground squirrel. Hummingbirds are territorial, and I just assumed that I had stumbled onto some kind of weird territorial dispute. I looked for the hummingbird and for a moment did not see it. The squirrel whistled again, this time very near. This was odd. A squirrel will usually dive for cover when a threat is close.

Then I saw the hummingbird. It was about three feet way, back lit by the sun, and perched in the bare branches at the top of a sumac bush. As I watched, it continued to “tsk-tsk” its concerns. Then, in an explosive intake and expulsion of air that very briefly swelled its body, it expelled the loud warning note that I had mistaken to be the warning whistle of a squirrel!

The title photo is of a male Anna’s hummingbird on showy penstemon, near Eagle Rock in the Santa Monica Mountains.