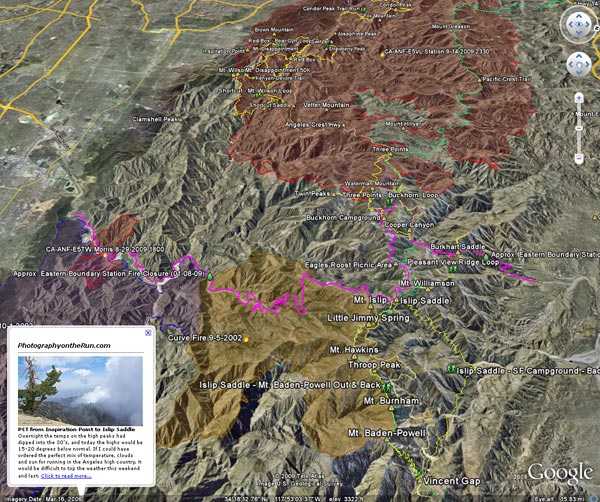 The magenta line is the approximate eastern boundary of the Station Fire Closure Area as derived from Angeles National Forest Order No. 01-08-09, Exhibit A and Exhibit B. Please refer to the most current Forest Orders and Exhibits for official information. (See note above, this boundary no longer applies.)

GPS traces of some trail runs inside and outside the Station Fire area have been added, along with links to related photos and stories on PhotographyontheRun.com. Click on the green hiker icon to access the link.

Some placenames have also been added –the locations should be considered approximate.