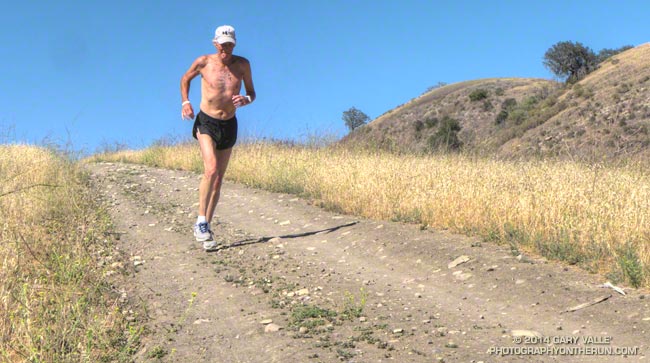 Earlier this week, to the cheers of runners on the Notre Dame High School Cross Country team he coaches, Jon Sutherland broke Mark Covert’s U.S. record for the most days run consecutively. Jon’s run on Tuesday increased his daily run tally to 16,438 days — and counting.

Today Jon hosted a “Running Rocks!” fun run/walk/hike at Ahmanson Ranch to thank all the people that have been part of his running life. During the celebration Councilmember Tom LaBonge (District 4) presented Jon with a Certificate of Accomplishment on behalf of the City of Los Angeles. Below are a few photos from the get-together.

Jon says he sees no stop sign, and plans to continue running every day. You can check his current count of consecutive days run on the U.S.A. Active Running Streak List.