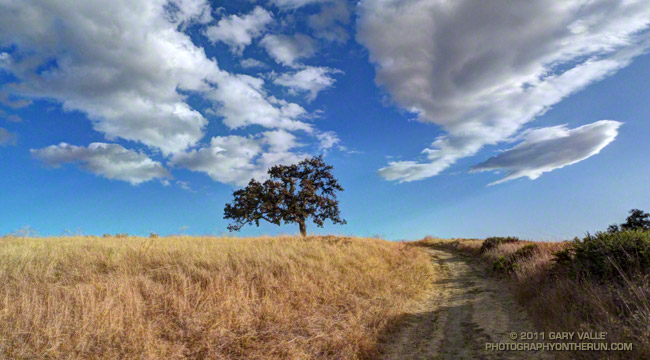 Following a Summer respite La Nina conditions have reemerged in the equatorial Pacific, and appear to be consolidating. Equatorial SST anomalies have continued to decrease and now range from -1.5°C at 100°W to -0.5°C at 170°E. Equatorial Pacific temperature cross sections show substantial subsurface cooling from July 11 to September 11. The Multivariate ENSO Index (MEI) has dropped from -0.5 for July/August to -0.8 for the August/September season. This drops the MEI from a rank of 16th for July/August to 13th for August/September since 1950. This is well within La Nina territory but weaker than last year’s rank of 1st for August/September. 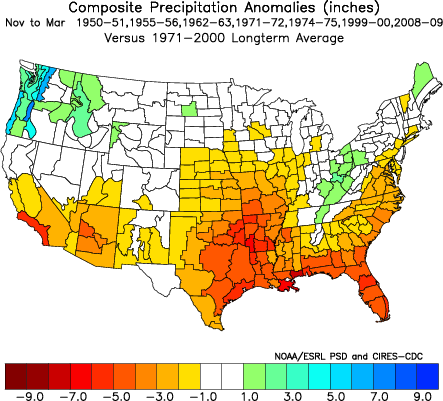 A precipitation composite for seven years* since 1950 in which La Nina conditions persisted or reemerged in the year following a first year La Nina indicates that “on average” the coastal Southern California climate division recorded about 5 to 6 inches less precipitation than normal for the period November through March. The percent of normal water year rainfall recorded at Downtown Los Angeles (USC) ranged from a low of 47% (1971, 7.17″), to a high of 106% (1955, 16.00″). The average rainfall for these years was 70.5%, or 10.7″.

We’ll get the official NOAA/CPC outlooks next week around October 20, when CPC’s Three-Month Precipitation Outlooks and NOAA Winter Outlook are expected to be released.