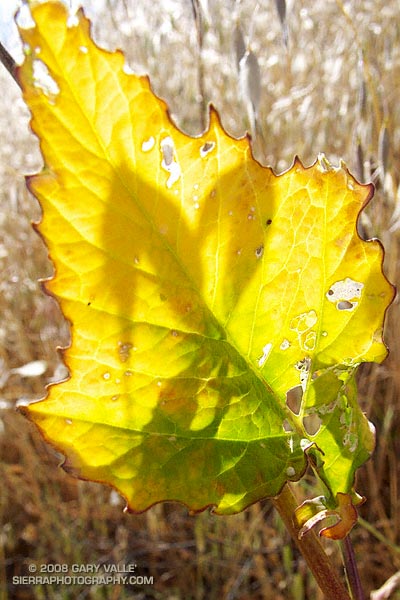 La Niña appears to be winding down.  In it’s April 30 ENSO Wrap-Up, the Australian Bureau of Meteorology characterizes Pacific climate patterns as being generally neutral, “with the majority of indicators returning to near-normal levels.” The April 28 ENSO Update from the CPC suggests that La Niña will continue through May-July 2008, but many of the factors discussed indicate general weakening of La Niña. Based on the ONI and MEI, La Nina conditions have existed since about August of 2007.

The photograph of the sun-parched mustard leaf is from a run at Ahmanson Ranch on April 29, 2008.