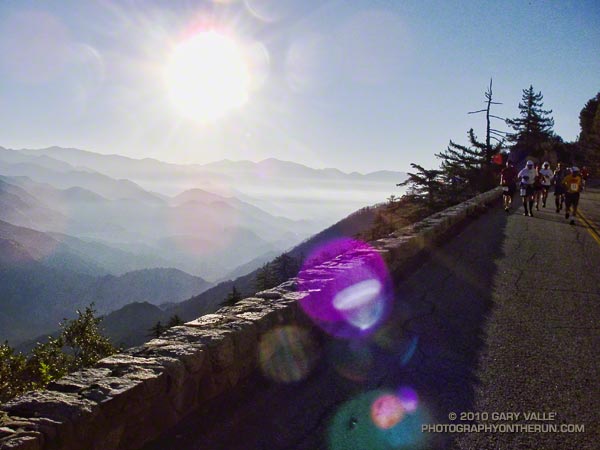 The most remarkable thing about this year’s Mt. Disappointment Endurance run is that there was a 2010 race. The Station Fire and heavy Winter rains decimated the San Gabriel Mountains. Without the hard work and dedication of Gary & Pam Hilliard and a host of volunteers the 6th edition of the race never would have happened. 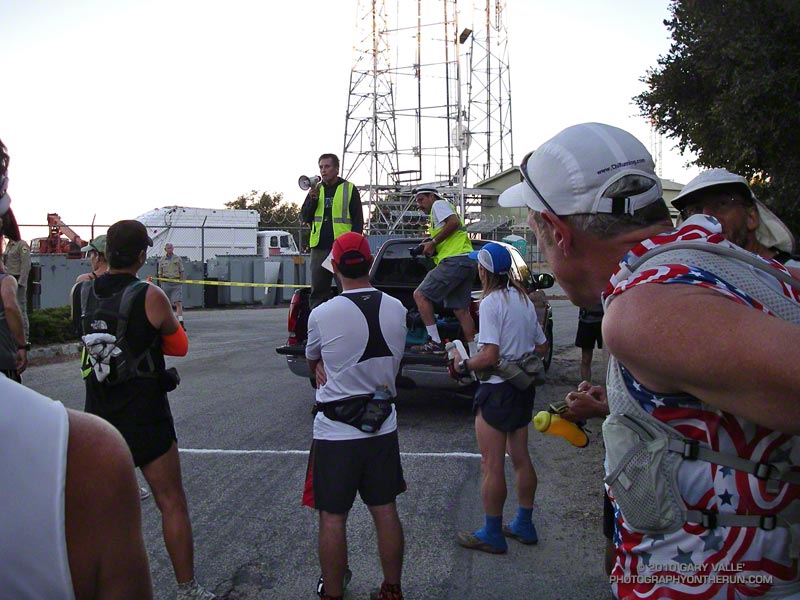 There were some changes in the course. After descending from Mt. Wilson to Red Box, the 50K course normally goes down to Clear Creek Station, circuits Strawberry Peak, and then returns to Red Box. Not this year. The Colby Canyon and Strawberry Trails were particularly hard hit by rock slides and washouts, and could not be used.  Instead, after running down to Red Box, we hung a right and continued down Red Box Road to the West Fork aid station. Usually done after mile 20, it was great to run this segment while it was still cool, and I had some life left in my legs.

At West Fork, after ten miles of downhill and losing 2600′ in elevation, the infamous 16 mile Shortcut loop begins. Usually part of the Mt. Dis 50 mile course, the Shortcut loop is best known for it’s scorching 5.6 mile, 2000′ climb up Edison Road to Shortcut Saddle. It’s one of those climbs that doesn’t look that bad on paper, but a topo map doesn’t show the sun beating down on your head mile, after mile, after mile. Fortunately, the weather was kind. The high on Mt. Wilson only reached 73 degrees — several degrees cooler than the usual temperature for this race.

Wow, the Edison climb and the Kenyon Devore climb all in one 50K! But what are two classic climbs without a tough descent in between? The Silver Moccasin Trail between Shortcut and West Fork was obliterated by slides, debris flows and flash flooding. Hours and hours of work were done on the trail to make it passable. In the lower half of the canyon, flooding and debris flows widened the streambed, making it difficult to connect the remnants of old trail into a recognizable path. The challenge wasn’t staying on the course, it was very well marked, but trying to pick the best route through a maze of sand, stream, cobble, and bits and pieces of the old trail.

Then came the Kenyon Devore climb.  After doing 10 miles of fast-paced downhill, the Edison climb, and the Silver Moccasin rock dance, the ascent of Kenyon Devore was not easy! But it never is! There were a couple of newly fallen trees to clamber over, and some other challenges, but all-in-all it was the same classic climb. 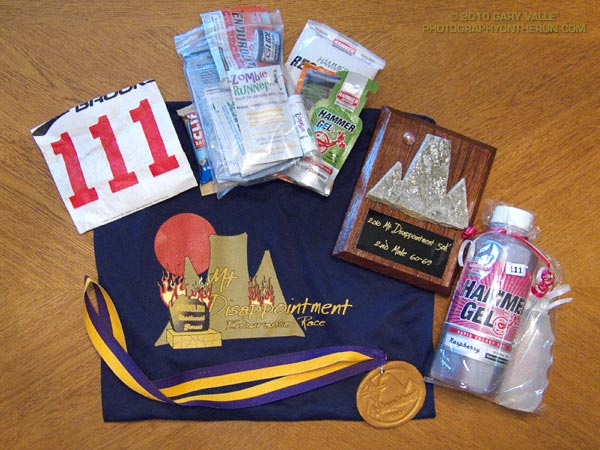 Congrats to the overall Men’s and Women’s winners Patrick Sweeny (4:40:46) and Sada Crawford (5:28:17). Patrick ran the race in Vibram Five Finger KSO Trek’s. Check out all the results on the Mt. Disappointment web site!

Here are a few photos. Click for a larger image and description: 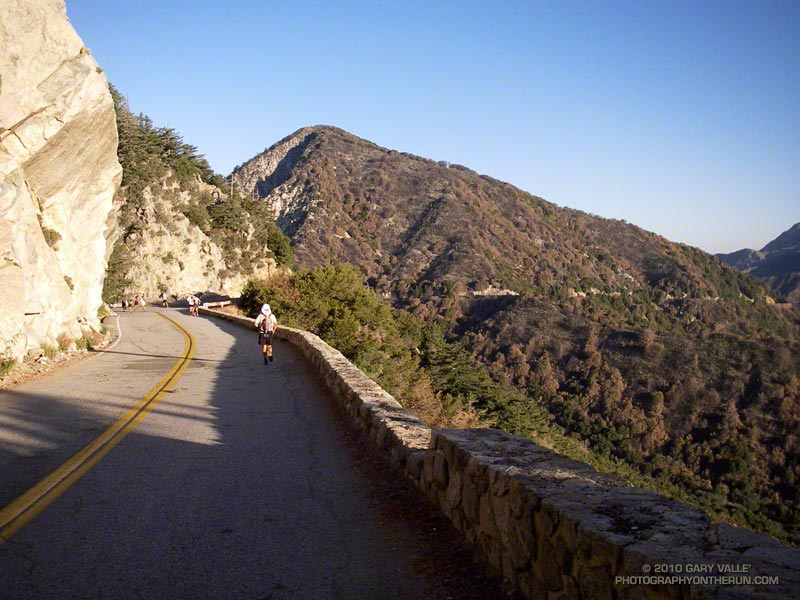 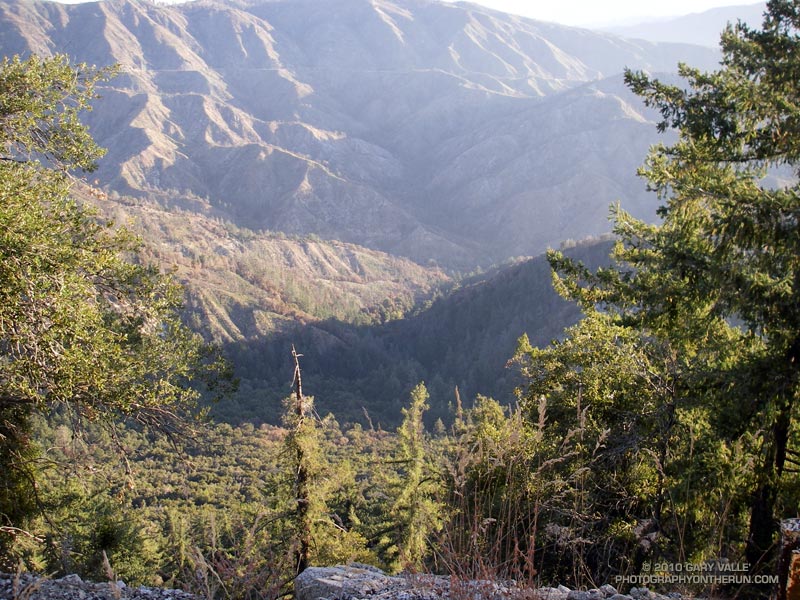 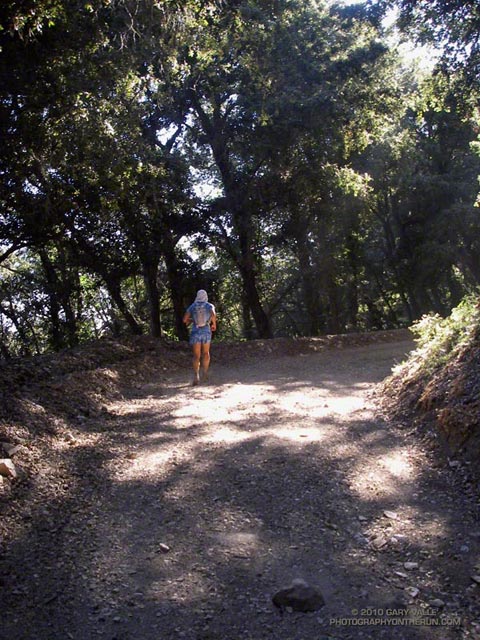 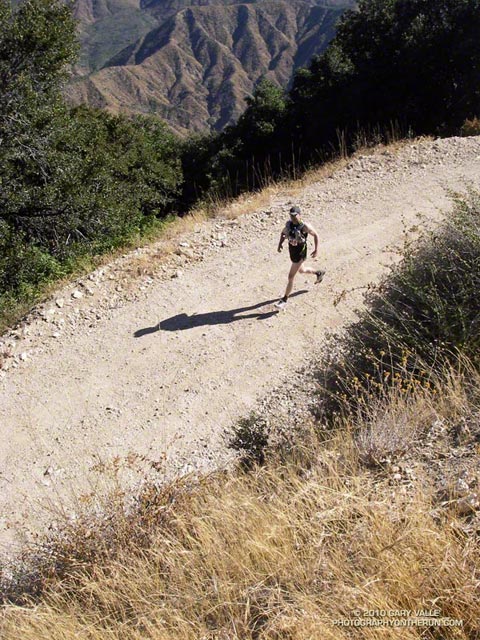 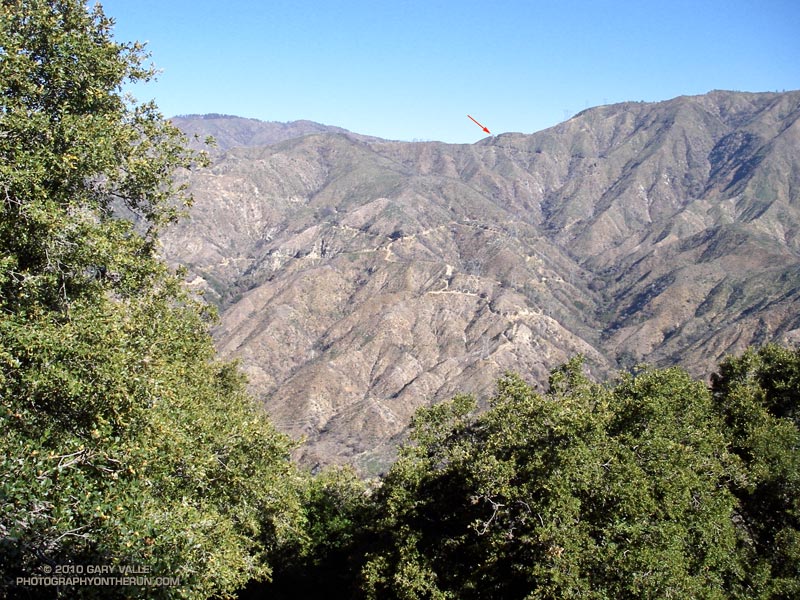 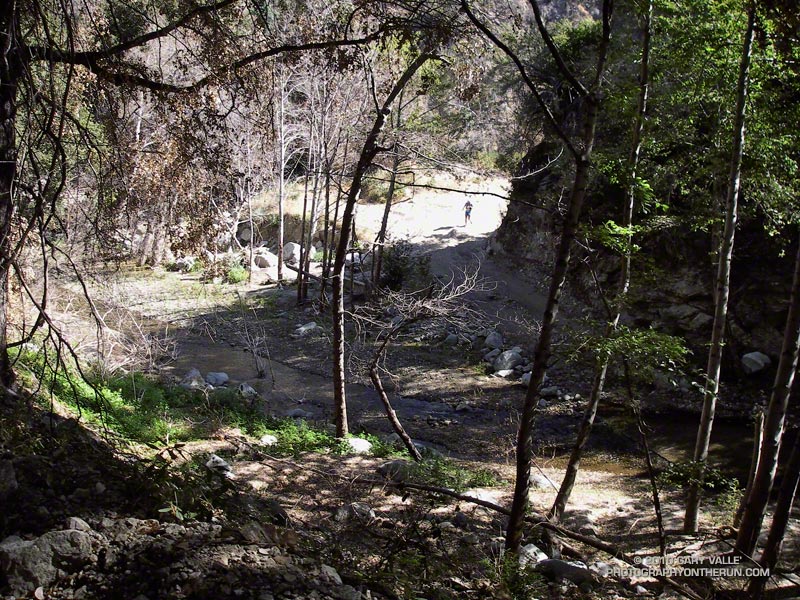 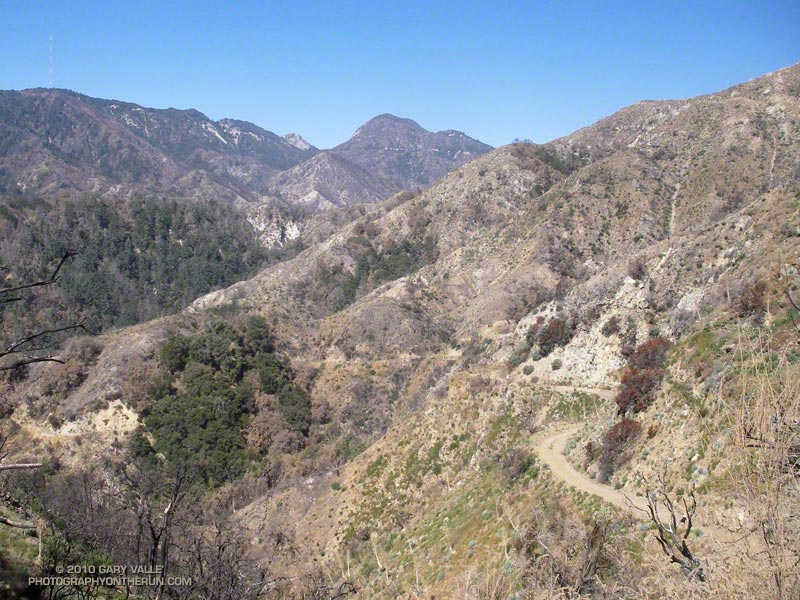 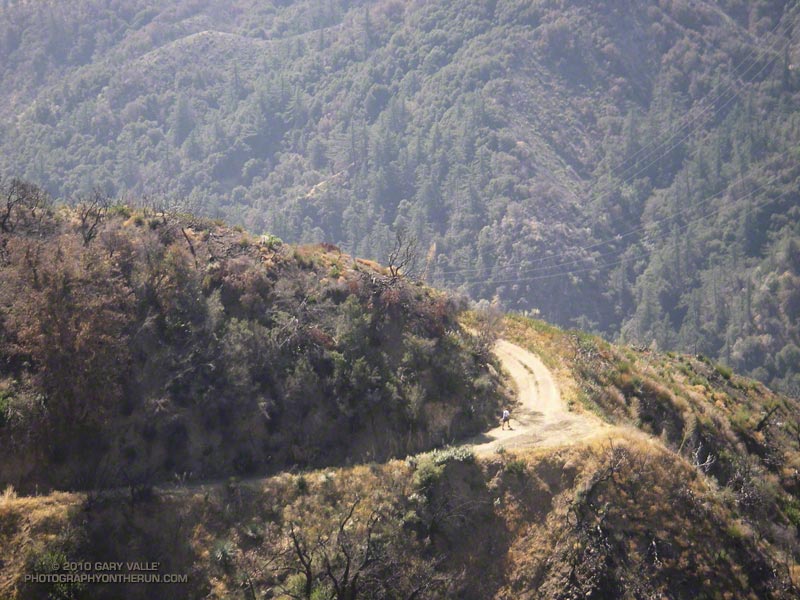 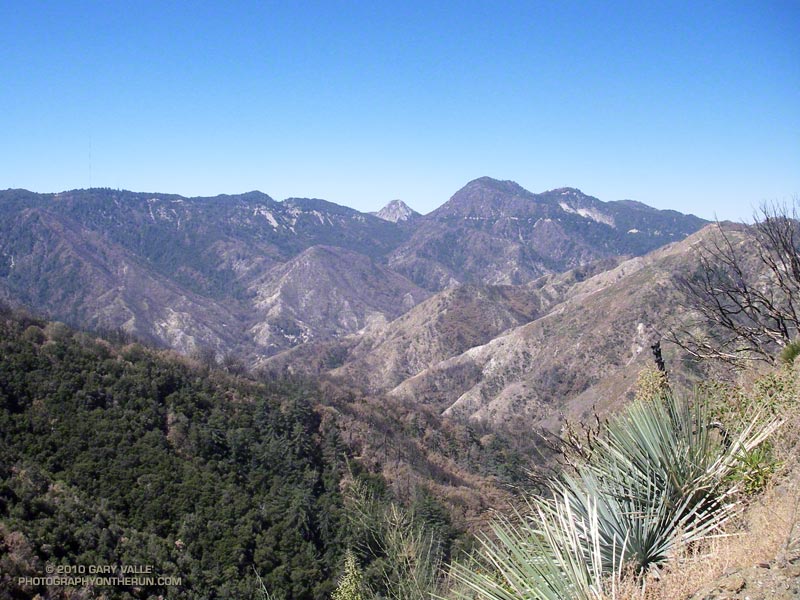 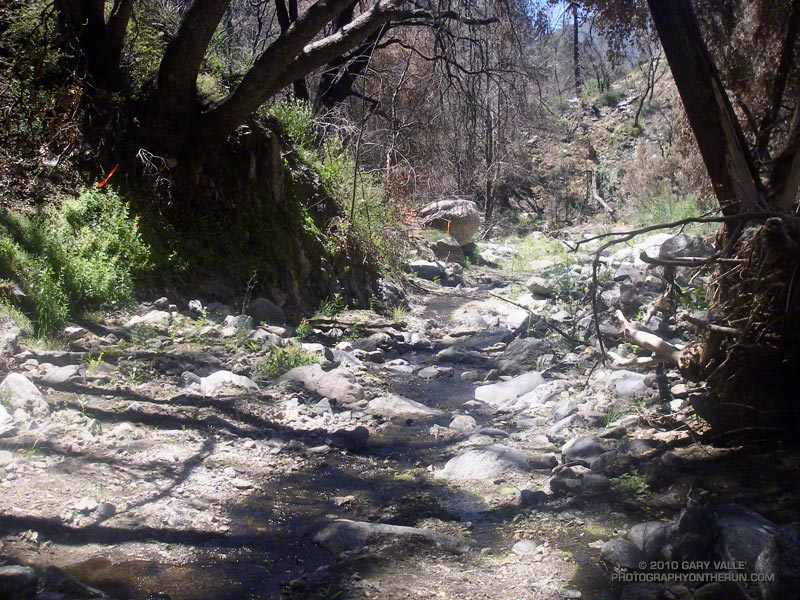 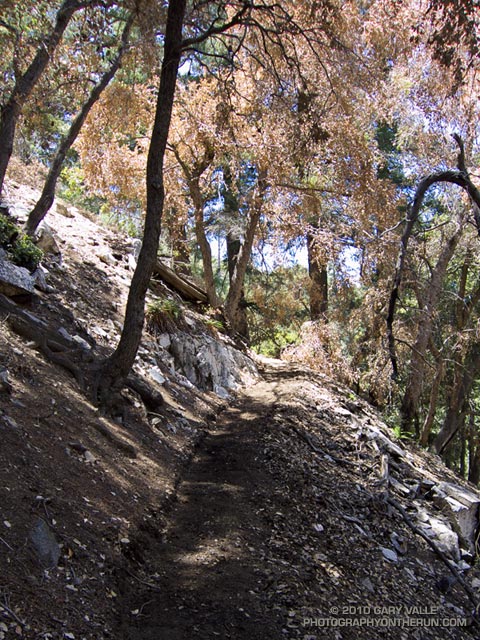