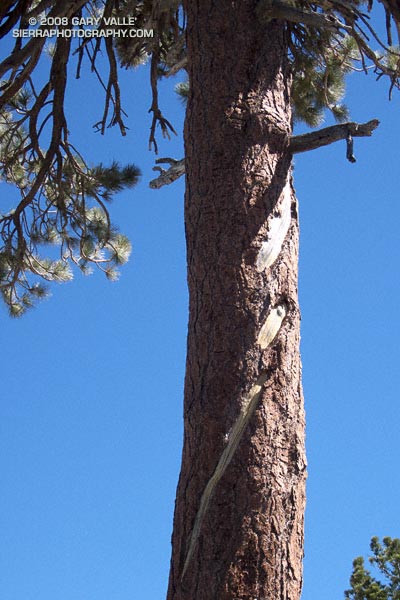 An unusual, offset lightning scar on a Jeffrey pine in the San Gabriel Mountains, near Los Angeles. The tree is located at an elevation of about 8750′, on the ridge east of Mt. Hawkins.

The offset scar is not easily explained. Either the scar was offset when created, became offset as the tree aged, or perhaps multiple strikes have somehow created the appearance of an offset. None of these explanations seem completely satisfactory.