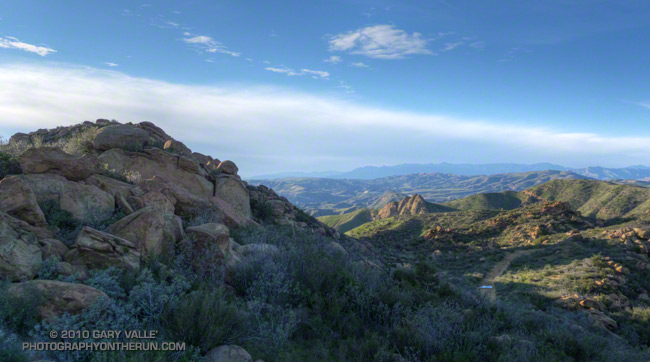 Foretelling the approach of a system forecast to bring wet weather to some areas north of Pt. Conception New Year’s Day, and Los Angeles Sunday, this thick cirrus cloud shield is associated with the circulation around a low a few hundred miles off the Pacific Northwest coast.

The photograph is from today’s run on the Chumash Trail and Rocky Peak Road, northwest of Los Angeles. It was cold on the north facing sections of trail that don’t see the sun this time of year. Inch long needle ice crystals had formed along the margins of the trail in several places.