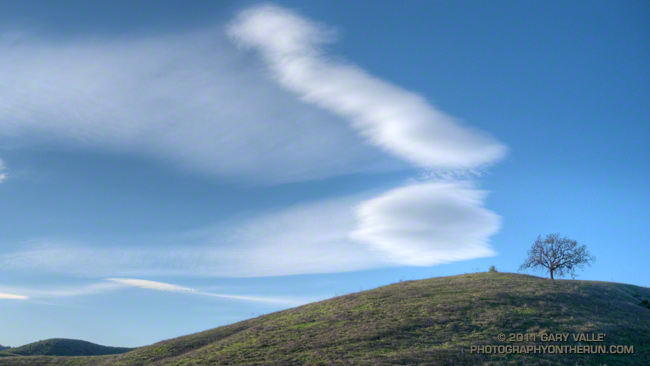 These mountain wave clouds were produced by north-northeast winds blowing across the generally east-west oriented mountain ranges north and northwest of Los Angeles. The clouds form near the crests of the undulating airflow downwind of the mountains.

The cirrus veils trailing downwind from the clouds are comprised of ice crystals. There was little shear, so the wisps and sheets of cirrus are aligned with the wind and perpendicular to the long axis of the cloud. Compare to the cirrus veil of these lenticular clouds, also formed by north-northeast winds, but which were being sheared by northwesterly winds.

From a trail run at Ahmanson Ranch on Thursday.