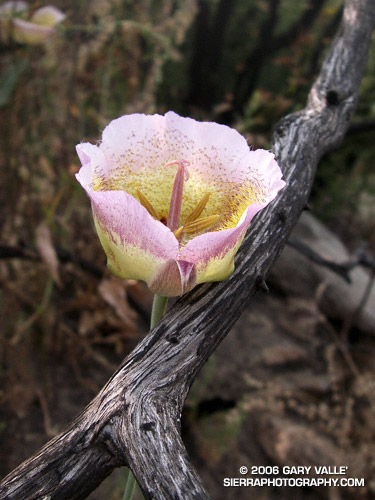 When the hills and valleys of Southern California turn golden brown, and temperatures reach into the nineties or beyond, mixed in among the desiccated grasses, enjoying the heat and the sun, may be the delicate pink to purple of a Plummer’s Mariposa Lily (Calochortus plummerae).

Previously listed by the California Native Plant Society as being rare, threatened, or endangered, the Plummer’s Mariposa is now listed as uncommon and fairly endangered in California.