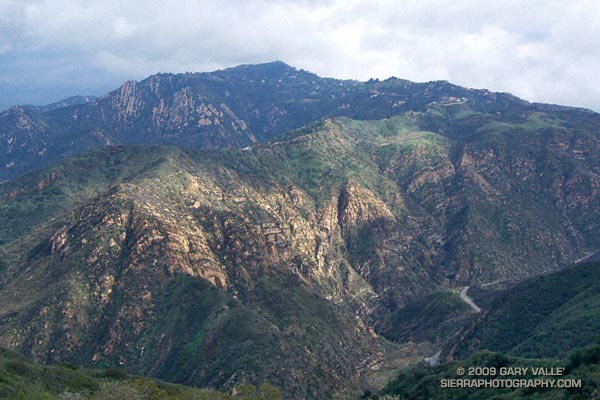 Saddle Peak and Malibu Canyon from the Backbone Trail, in the Santa Monica Mountains, near Los Angeles.

According to geologist Thomas Dibblee, Jr., Malibu Creek may be an ancestral stream that predated the uplift of the Santa Monica Mountains. Another possibility, suggested in this technical paper, is that a coastal stream eroded inland, and captured an inland drainage. Such a process may be occurring in Big Sycamore Canyon, which appears to be eroding headward along the Sycamore Canyon Fault, and may eventually capture a drainage in the Potrero Valley.