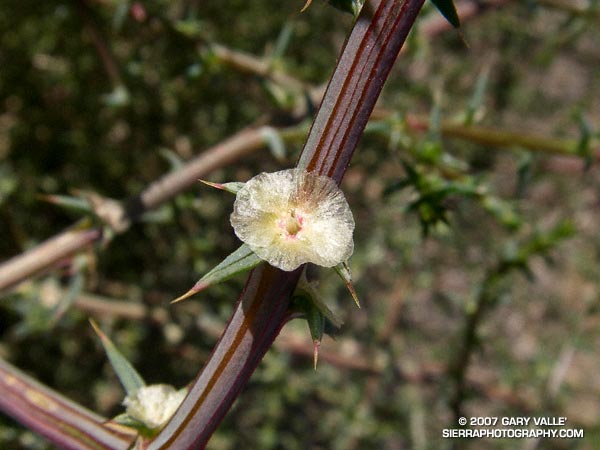 Maybe it’s the result of record low rainfall, or the 2005 Topanga Fire, or a combination of the two — there has been a dramatic increase in the amount of tumbleweed (Salsola tragus) along the dirt roads in Upper Las Virgenes Canyon Open Space Preserve (formerly Ahmanson Ranch).

Like black mustard, and milk thistle, tumbleweed is an invasive plant. According to UC IPM Online tumbleweed is native to southeastern Russia and western Siberia and was first introduced into the United States (South Dakota) in 1873.

The photograph of the tumbleweed flower was taken on a run at Ahmanson Ranch on October 3, 2007.