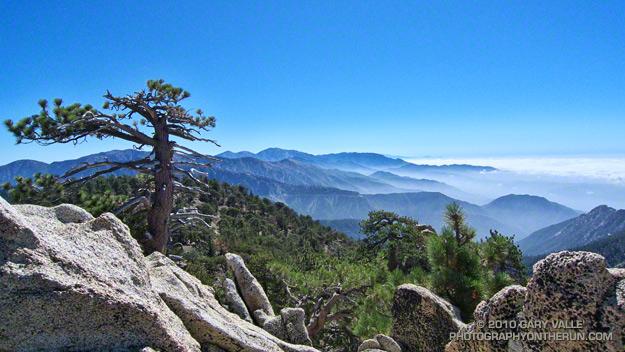 Weekend highs in California were down 30-40 degrees from the searing temps earlier in the week. After dealing with the heat, my jaw dropped when I read Sunday’s NWS forecast for the Eastern Sierra:

I couldn’t get to the Sierra, but I could do a run in the Angeles High Country — and I was willing to bet the upper level trough that was producing unsettled weather in the Sierra would also result in a cool, Autumn-like day in the San Gabriel Mountains.

And it did! Compared to my midweek runs, running up the Mt. Waterman trail was like going for a swim in a high mountain lake. Just spectacular!