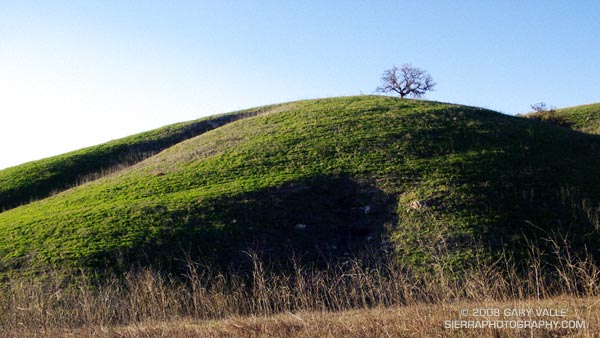 It’s about time — all the rain in Southern California is finally turning our hills green! Last year the hills of East Las Virgenes Canyon were sun bleached and rain starved.

According to preliminary NWS data, Downtown Los Angeles (USC) recorded measurable rain on each day from January 21 to January 28, 2008. Based on this NWS ranking for 1921-2006, this puts this eight day period in the top six of the station’s wettest streaks from 1921-2007.