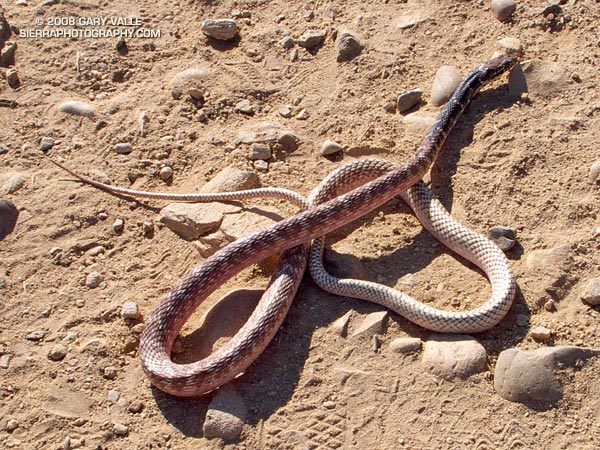 Encountered this red coachwhip/racer (Masticophis flagellum piceus) as I was running down the Chumash Trail today. It was a long snake — at least 5′.

In June 2005, I found a California striped racer (Masticophis lateralis lateralis) on the Chumash Trail that appeared to have suffered some sort of fatal trauma. It was a much smaller snake than the red racer.

Note: There was a handwritten notice posted at the Chumash trailhead warning of a mountain lion sighting on July 18, 2008. I haven’t been able to obtain any additional details.