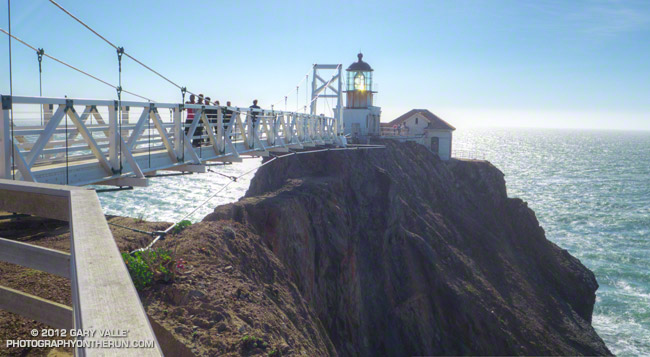 Last weekend we hiked to Point Bonita Lighthouse, an operational lighthouse perched on an eroded finger of land stretching out into the Pacific on the northwest corner of the Golden Gate. 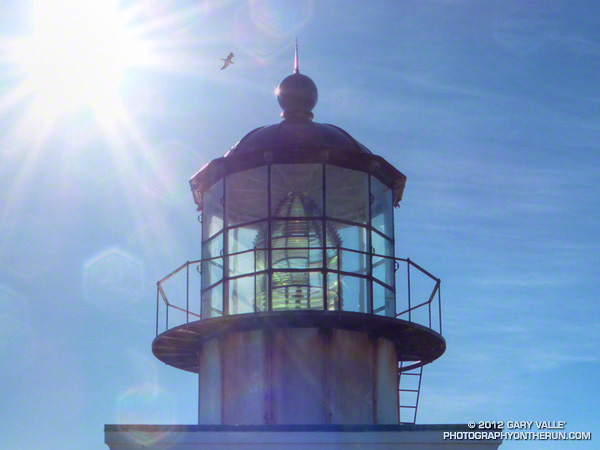 The current lighthouse became operational in 1877, but according to the Lighthouse Friends web site much of the tower is from the original 1855 lighthouse. The original lighthouse was situated higher on the point and was often shrouded in fog.

About a mile round trip, the adventurous hike to the lighthouse includes steep cliffs, airy view points, a claustrophobic tunnel, suspension bridge and great views of the coastline and Golden Gate. The lighthouse was reopened to the public earlier this year, following the replacement of the bridge that spans crumbling cliffs to reach the exposed point.

The tunnel — about halfway to the lighthouse — is only open during visiting hours, currently Saturdays, Sundays and Mondays from 12:30 p.m. to 3:30 p.m. See the National Park Service web site and this NPS Point Bonita brochure (PDF) for additional information.