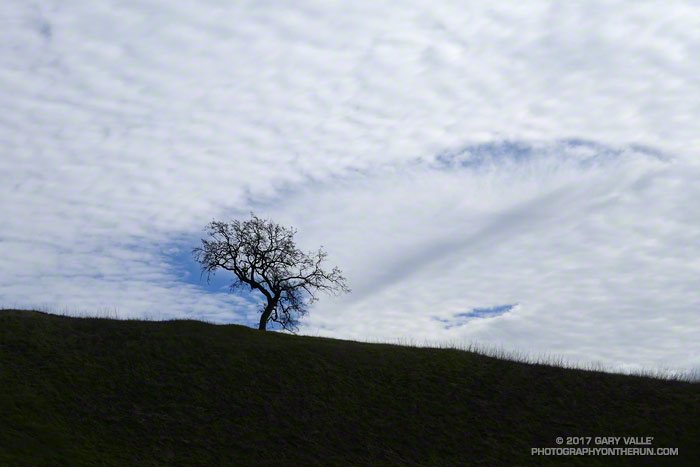 The oval disturbance in the layer of altocumulus clouds in this photograph is a relatively rare phenomenon called a fallstreak hole or hole punch cloud.

These altocumulus clouds are formed from super-cooled water droplets many times smaller than a raindrop. The droplets are in a liquid state even though the temperature is well below freezing. When disturbed by an aircraft passing through the layer the droplets freeze and precipitate out of the cloud as virga. This and other processes create the hole.

The photo was taken on Saturday, January 21, 2017 at 2:23 p.m. near the Las Virgenes trailhead of Upper Las Virgenes Canyon Open Space Preserve. The hole was well south of the area.