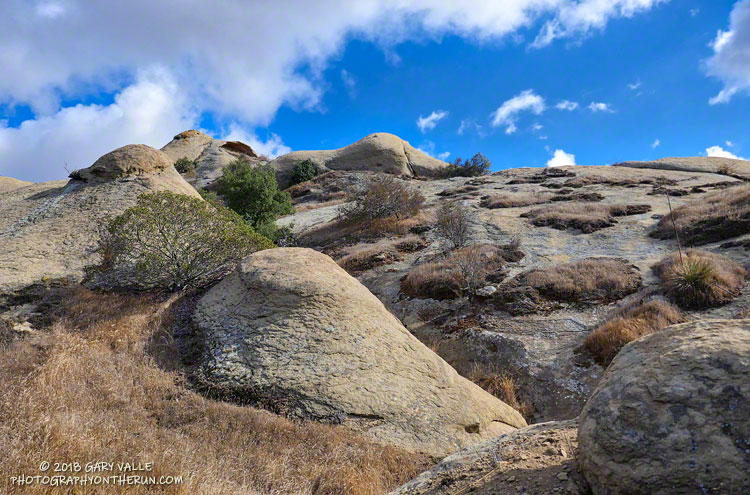 Geology and climate are the foundation elements of habitat. They influence — and sometimes dictate — the plants that inhabit an area. The plant Santa Susana Tarweed is very common on exposures of Chatsworth Formation sandstone, but rare elsewhere.