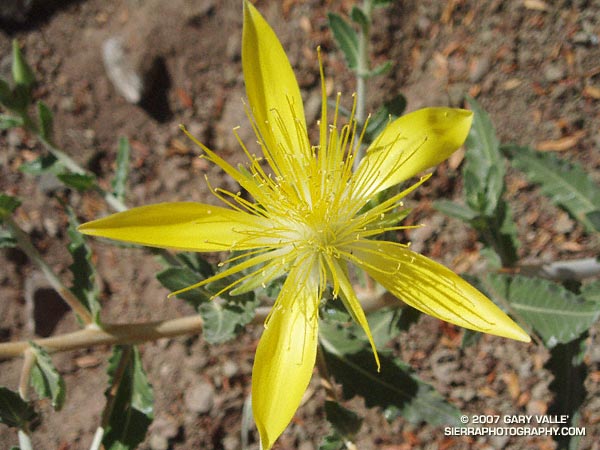 The Baldy Peaks 50K (currently in hiatus) is without a doubt the most challenging 50K I’ve done. This race climbs to the summit of Mt. Baldy twice, once from the village and once from Manker Flats. And after climbing Baldy twice, you get to amble over to Thunder Mountain as well. The total elevation gain (and loss) is reported to be 10,775 ft.

Race organizers asked endorphin influenced runners to write a poem on the second ascent of the peak.

This particular Blazing Star (Mentzelia laevicaulis) was on the Manzanita Trail, between South Fork Campground and Vincent Gap. In the Baldy Peaks race they were along the service road between the Notch and Manker Flats.