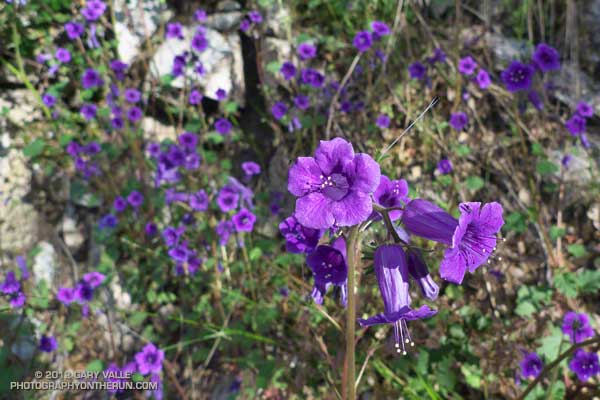 Like Turricula (Poodle-dog bush)*, California bluebell (Phacelia minor) has been shown to cause a contact dermatitis similar to poison oak. The results from one study suggest the “dermatotoxic potential” of California bluebell approaches that of poison ivy/oak and that it is more likely to produce a reaction than Turricula.

Fortunately California bluebell doesn’t appear to be as prolific a fire follower as Turricula and is a much smaller plant.

The photograph is from a trail run in May.