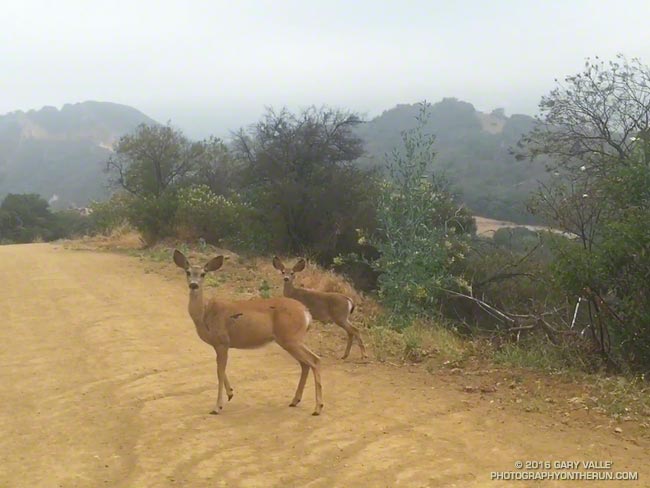 Mule deer are common in the Santa Monica Mountains. I see them most frequently in Topanga State Park, near Trippet Ranch, and in Malibu Creek State Park.

This video snapshot is of a recent encounter with three mule deer while running down East Topanga Fire Road to Trippet Ranch.

My intent was to try and walk past without scaring them. One doe did not run, but the youngster and its companion were more skittish and didn’t quite know how to react.

In some situations a bolting deer can be a real problem. Two friends running in Topanga State Park rounded a corner and were suddenly confronted with a spooked buck running toward them. There was a steep hill on one side and a cliff on the other. In the narrow confines the buck collided with one of the runners, hitting his shoulder and knocking him to the ground. All things considered he was very lucky. The bucks head was up, so the collision only resulted in a sore shoulder and some trail rash.