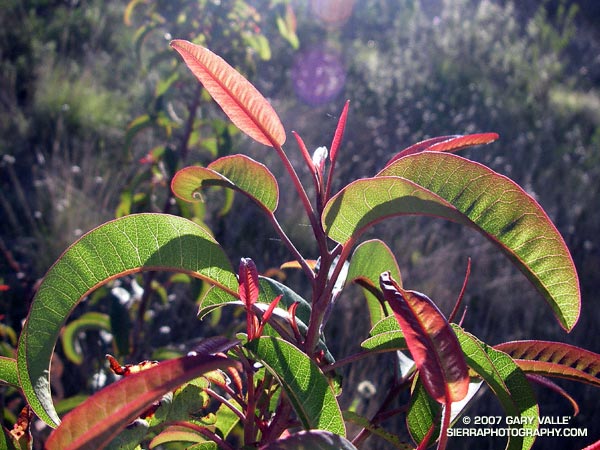 New growth on the chaparral shrub laurel sumac (Malosma laurina) at Sage Ranch Park. The red pigment may function as a sunscreen, protecting sensitive new leaves until they mature, and can cope with full sun.

In mid January there was widespread freeze damage to laurel sumac in the Santa Monica Mountains, and other wildland areas near Los Angeles. Although the plant pictured above was not damaged, many laurel sumac plants in low lying and wind protected areas were.

But frost, fire or drought, laurel sumac is a resilient plant that can weather most hazards. At Sage Ranch, many of the plants damaged in the January freeze have already sprouted new growth.