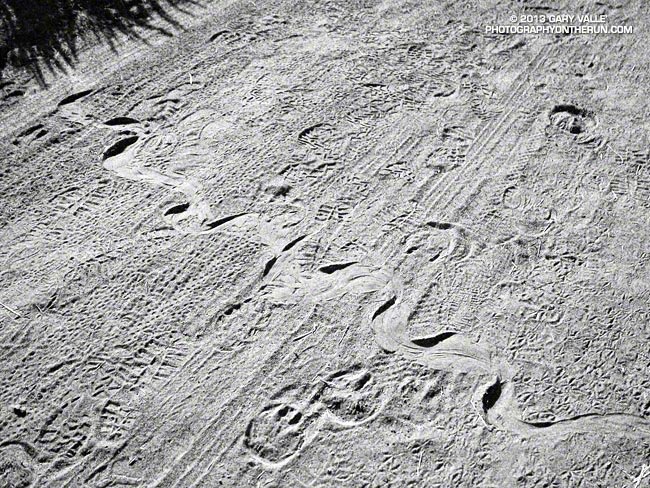 Legend has it that St. Patrick chased all the snakes from Ireland, and while there have been no reports of the 5th Century cleric being sighted at Ahmanson Ranch, I don’t recall a Spring and Summer when I’ve seen so few snakes in the 3,000 acre preserve.

I’ve run at Ahmanson Ranch — now Upper Las Virgenes Canyon Open Space Preserve — more than a decade. I generally run at Ahmanson a few times a week and have become very familiar with the area’s plants and wildlife.

So far this year I’ve seen no mature rattlesnakes and only one gopher snake at Ahmanson. I’ve seen a couple of baby rattlesnakes and a handful of tracks, but that’s it. In some years I’ve counted more than a dozen snake tracks during one 7 mile run.

The reduction in the snake population is likely related to back-to back years with low rainfall. This year Downtown Los Angeles has recorded only 2.72 inches of rain since January 1. That’s a deficit of nearly 8 inches and about 25% of the normal amount of rainfall.

The reduced rainfall not only reduces the population of rodents, reptiles and other prey animals sought by snakes, but also increases the likelihood snakes will be preyed upon by animals higher on the food chain. Snakes, including rattlesnakes, are eaten by a long list of birds and mammals, and may also be preyed upon by other snakes. Humans also kill a large number of snakes.

The title photograph is the track of a Southern Pacific rattlesnake.  The snake was moving from the upper left of the photo to the lower right.