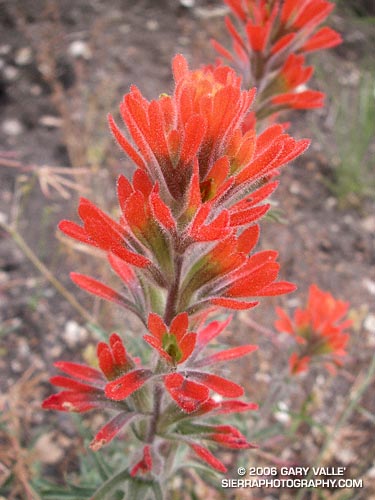 As is the case with many wildfires, one of the side effects of the 2005 Topanga Fire has been to promote a population explosion in many species of wildflowers. Scarlet Larkspur has been especially prevalent in some areas, such as upper Cheeseboro Canyon.