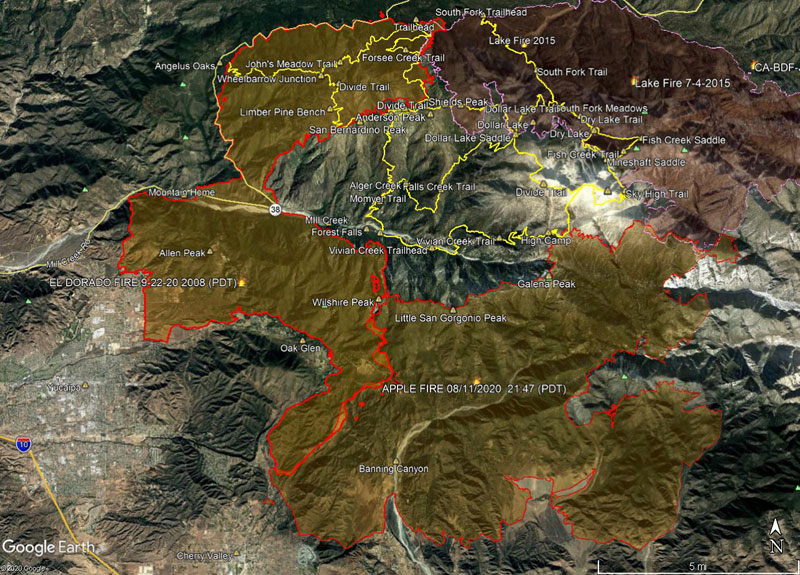 Here’s a Google Earth image of El Dorado and Apple Fire perimeters from the National Interagency Fire Center (NIFC) . The image acquisition timestamp of the perimeter is 9/22/2020 2008 (PDT) .

The 2015 Lake Fire perimeter is also shown. Some trails in the San Gorgonio Wilderness are also shown as yellow tracks. All map data are approximate.

Here’s a 3D interactive Cesium view of the same perimeter and trails.