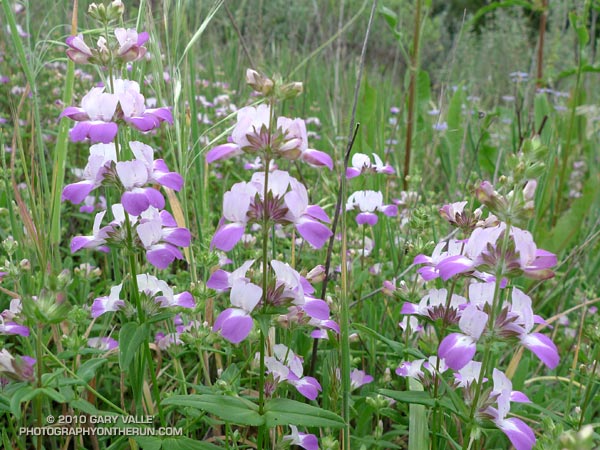 Chinese houses (Collinsia heterophylla) along the Secret Trail in Calabasas, California. From a trail run on March 30.

Was originally identified as Davidson’s Blue-Eyed Mary (Collinsia bartsiifolia var. davidsonii). Took a closer look at flowers in the same colony this year, including  the internal structure of the flower. The presence of a curved basal spur > 1 mm on the two upper (stamen) filaments;  corolla throat as wide as long; and calyx lobes generally sharp-tipped (per key in Jepson) distinguishes the species as the more common Collinsia heterophylla.