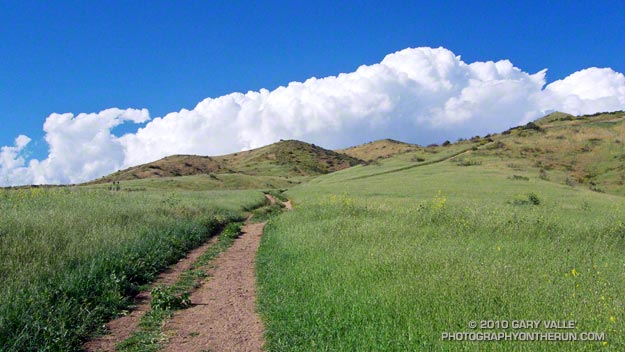 I heard a news report the other day that Southern California’s rain season would end in two weeks. While Southern California typically receives the bulk of its precipitation in the months of November through April, the rain season doesn’t turn off like a switch on May 1. There certainly can be significant rain in May, and even June.

Our Sunday-Monday storm put Downtown Los Angeles at 1.51 inches of rain for the month of April — well above the climate normal of 0.83 inches. The normal amount of precipitation for May is 0.31 inches, and for June is 0.06 inches. But those are just averages. On occasion we receive much more than this, and sometimes much less. On the up side, according to NWS data, in April 1965 Los Angeles recorded a total of 6.02 inches of rain. In May 1921, 3.57 inches was measured; and in June 1999 0.98 inch was recorded.

Although the current El Niño has weakened, convection is still somewhat enhanced in a broad region of the equatorial Pacific, and the MEI, ONI, and GWO indicate the continued presence of El Niño. This could result in more active Spring weather than usual, and more opportunities for rain in Southern California.

At the moment, the next opportunity for some Southern California rain looks to be next week, around Tuesday or Wednesday. We’ll see!

The title photo is from a run on the Chumash Trail at the end of March.