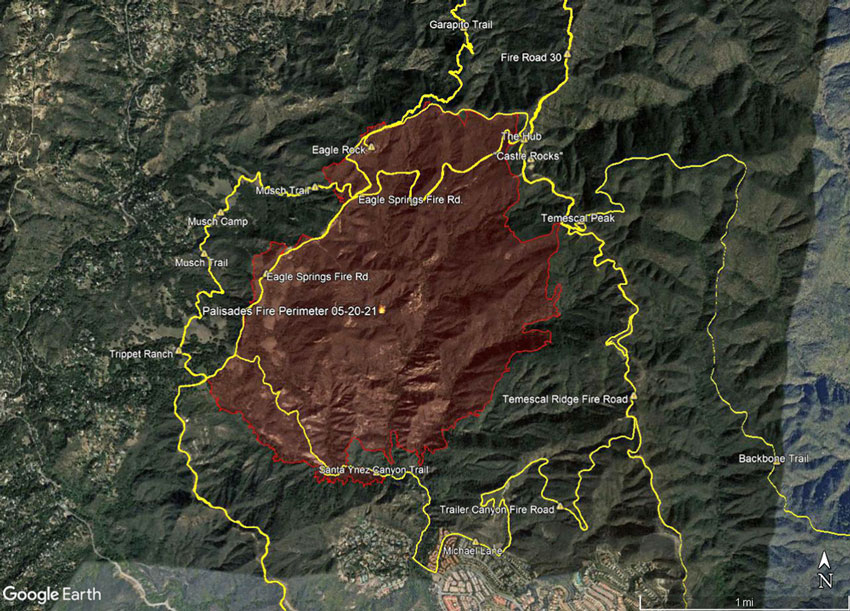 According to the Topanga State Park website, all but a small part of the Park is temporarily closed as a result of the Palisades Fire. With the closure of most of the Park, I’ve been curious to see which trails were affected by the fire.

Here’s an interactive, 3D terrain view of the Palisades Fire perimeter along with GPS tracks of some of the trails in the area. The scene can be zoomed, tilted, rotated and panned. Alternatively, here is a Google Earth image of the perimeter and trails.

The locations of placemarks, trails, and other data is approximate and subject to error.