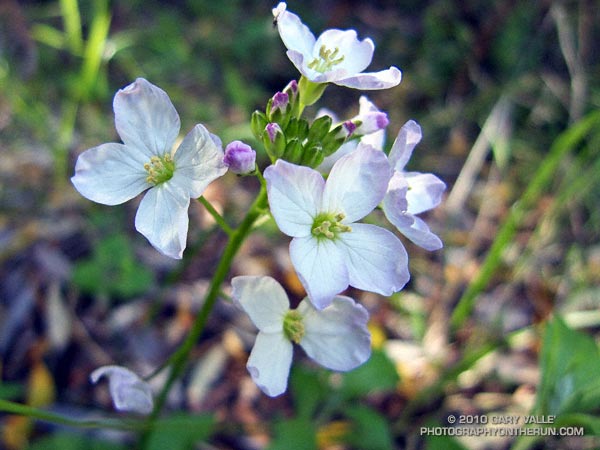 Following the little bit of wet weather we had at the end of the year, Southern California has been enjoying idyllic weather with highs in the 70’s and 80’s. Southland cities recorded the highest temperature in the continental U.S. several days this week. Tuesday San Diego recorded a high of 84 degrees, tying Kalaeloa, Hawaii for the warmest temperature in the nation. 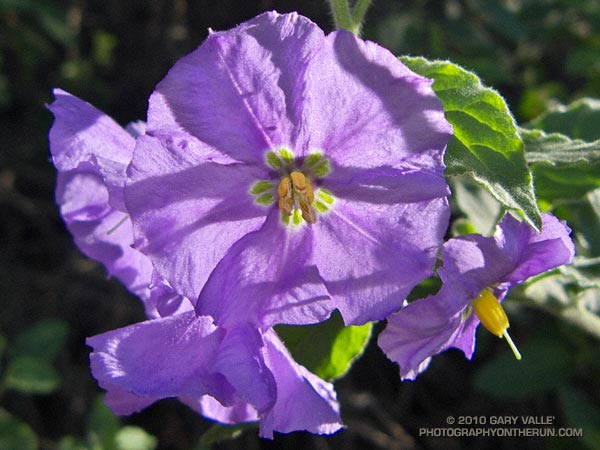 The weather’s been great for trail running — and for the chaparral plants. Alternating periods of wet weather and warm weather have encouraged growth and flowering, and I’ve been seeing a number of rainy season wildflowers. In addition to the milkmaids in the photograph above, some of the early bloomers include nightshade, peony, shooting star, woolly blue curls, prickly phlox, chaparral mallow, rattlesnake weed, and several others.

Rainfall totals in Southern California this rain season to date have generally ranged from an inch or so above normal to an inch or so below (WRCC). As of yesterday, Downtown Los Angeles (USC) precipitation was 0.56 inch above the norm for the water year to date. Although January has been dry so far, it looks like we may see a shift to more seasonable — and wetter — weather around midweek next week.

The precipitation pattern we’ve seen on the West Coast so far this rain season has a bit of an El Nino flavor to it, and that pattern may become better defined in the coming weeks. Today’s 6-10 day and 8-14 day precipitation outlooks from the Climate Prediction Center indicate above average rainfall for Southern California. We’ll see!