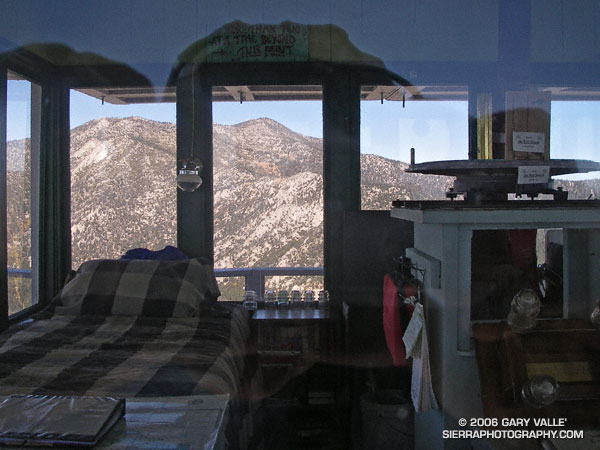 The intimidating canyon rose steeply above me. Towering rock precipices lined the canyon walls, their summits glistening in the morning sun. I was at an elevation of about 2600′ and it was already warm. A little unsteady, and moving slowly at first, I started the ascent. Gaining speed, I passed the first rock face, and after a minute or two, turned to gaze at Palm Springs and the Coachella Valley. In what seems like a matter of minutes, yucca and cresote transitioned to mountain mahogany and juniper, and then to pine and fir. Suddenly my pace slows, there is a bump, a jostle, and a pause. The operator announces, “Welcome to the mountain station of the Palm Springs Tram. The elevation is 8516’…” 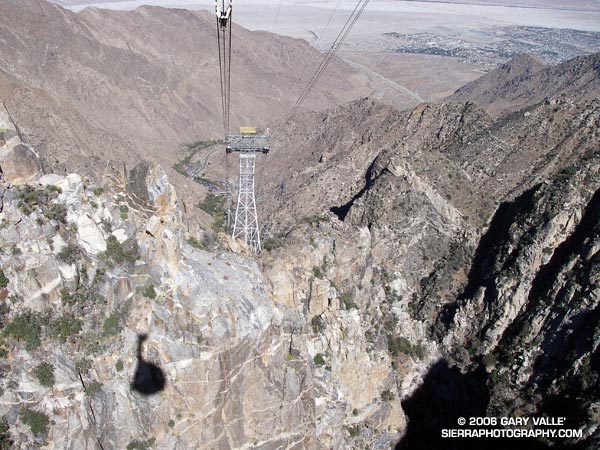 A 10 minute ride from the desert to the pines on the Palm Springs Tram isn’t a bad way to start a run. A couple of weeks before I had seen Mt. San Jacinto from the North Backbone Trail and it reminded me that I hadn’t done that peak in a while. As the weekend approached it looked like the weather would be perfect for a long mountain run.

Mt. San Jacinto State Park and Wilderness contains a network of over 50 miles of trails, including a segment of the Pacific Crest Trail. The resourceful runner or hiker can put together an adventure ranging from a few miles to 30 miles or more. I hoped to beat the worst of the Sunday going home traffic, so opted for an approximately 20 mile route that would get me back to the tram in the early afternoon.

Stopping at the ranger station in Long Valley, I filled out a wilderness permit. Cool air had pooled in the valley overnight, and the deck of the station was still in shade. The ballpoint pen protested the 40-something degree temperature, but with repeated attempts, I scratched in my destinations: Mt. San Jacinto and Tahquitz Peak. 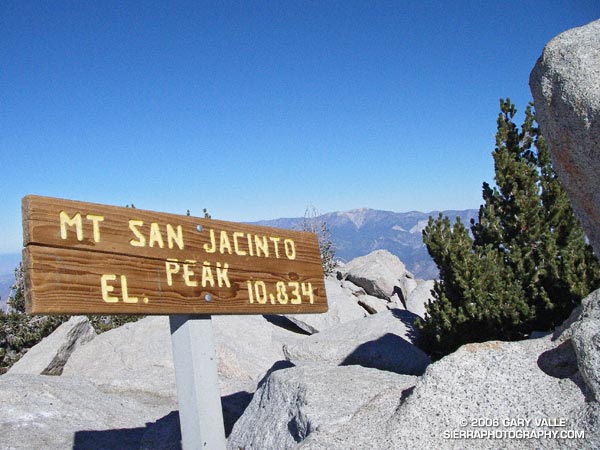 My route would take me to the summit of Mt. San Jacinto (10,834′), back down to the junction at Wellmans Divide, and then continue down to the Pacific Crest Trail. The PCT would be followed through Saddle Junction to the junction with the South Ridge Trail, and then continue on this trail to the historic fire lookout on Tahquitz Peak. I would return to Long Valley via Skunk Cabbage Meadow and Hidden Divide. Here’s a Google Earth image and Google Earth KMZ file of a GPS trace of the route.

The run and the running were outstanding – a blue skies and sunshine kind of day, with Autumn shadows, light winds, pleasant temperatures, and nearly unlimited visibility. Much of route was through spectacular old-growth forests of Jeffrey Pine, Lodgepole Pine and White Fir. The uphills were generally very well graded, with long runnable sections. And the downhills – ah the downhills – some rocky and technical, and some that make you feel as if you’re blazing down the trail on a Star Wars speeder bike. 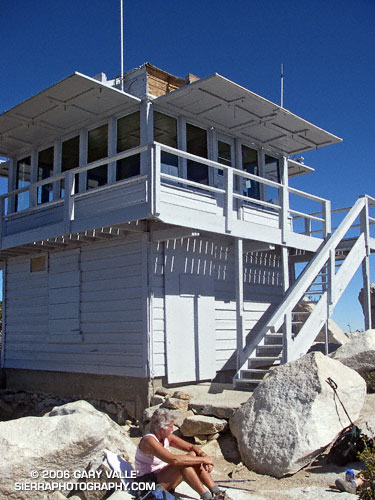 The lookout on Tahquitz Peak is a can’t miss destination. On the way, there are superb views of Tahquitz and Suicide rocks, and from the summit there are expansive views in nearly all directions. Palomar Mountain can be seen about 30 miles to the south, Saddleback about 50 miles to the west, and Mt. Baldy and its neighbors about 65 miles to the northwest. Much closer are the slopes leading to Jean Peak and the summit area of San Jacinto.

The lookout operated continuously from 1917-1993, and is listed in the National Historic Lookout Register. It reopened in 1998 and is manned by volunteer Fire Lookout Hosts.

Walking up the stairs in the mountain station, I glance at my watch. It’s 2:00 p.m.and the next tram is just about to depart. I’m back to my car and headed down the hill by 2:30, but it’s still not early enough to miss the traffic on I-10.