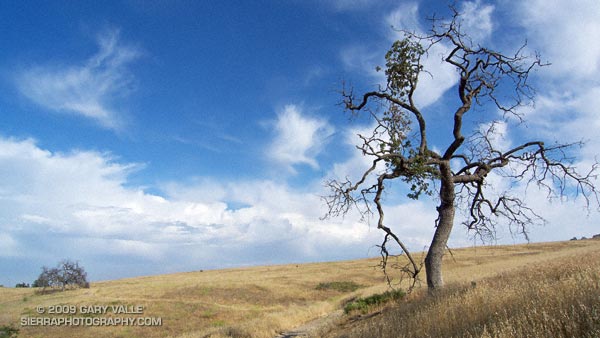 Off to the south, I heard the distant rumble of thunder. The developing line of thunderstorms had swept through the West Valley about an hour before I began my run at Ahmanson Ranch.

Unusual weather for June. Not so much that there were thunderstorms, but that the thunderstorms were in part the result of an unseasonably strong jet embedded in the base of an upper level low.

It’s a bit of a stretch, but an argument could be made that these storms were a calling card of an increasingly energetic atmosphere, and a developing El Niño.

Several factors point to an increased probability of El Niño conditions developing over the next few months. Among them, Equatorial Pacific SSTs have increased, and the subsurface heat content is the highest it’s been since the El Niño of 2006-07.

But as the short-lived 2006-07 El Niño event demonstrates, an El Niño is more than just warm Pacific equatorial SSTs. Through complex forcing and feedback mechanisms, the atmosphere and oceans have to cooperate on a global scale. Generally speaking the atmosphere speeds up when there is an El Niño, and slows down during a La Nina.

And it looks like the atmosphere may be speeding up. Orbits of the Global Wind Oscillation, a measure of atmospheric momentum, have been shifting upward, in the direction of more energetic values usually associated with an El Niño.

But an El Niño is not a done deal. The climate system is just leaning in that direction. As climate scientist Klaus Wolter has pointed out, in a similar situation in 1973-1975, the climate fell back into a La Niña for another year. At this point it appears we may be diverging from that analog case. We’ll see!

Update June 6, 2009. The April-May Multivariate ENSO Index (MEI) value, released today, has increased by 0.54 to +0.34. As discussed by MEI originator, Klaus Wolter, the 3-month rise of the MEI since January-February is the 4th highest on record for this time of year, exceeded only by the strong Niño of 1997. According to Dr. Wolter, if next month’s MEI rank is at least the same as this month (37th), “it would be unprecedented for it to drop below that high-neutral ENSO-phase range by the end of 2009, virtually excluding a return to La Niña, based on the MEI record since 1950.”