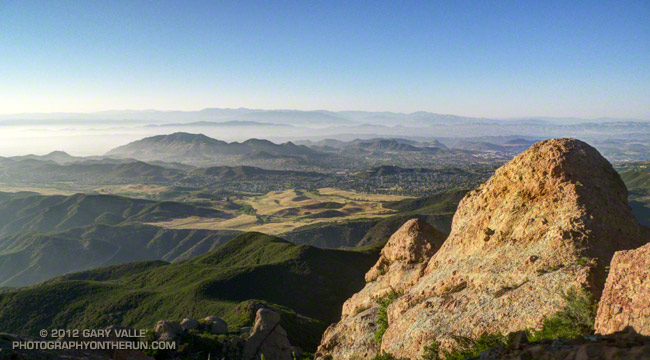 Some things in nature are supposed to be constant. The ground shouldn’t move; a mountain that is here today should be here tomorrow; and if skies are clear and blue, the sun shouldn’t grow mysteriously dim.

Imagine the consternation of our early ancestors, keenly attune to nature, feeling the sun dim and then looking for a cloud they could not find. There is still much of them in us. When the earth shakes or the sun fades, even moderately, we can’t help but react at the most visceral level.

While ee still can’t predict an earthquake with any certainty, we can predict eclipses. Fred Espenak’s NASA Eclipse Web Site includes maps and tables for several millennia of solar and lunar eclipses. Using the web site’s JavaScript Solar Eclipse Explorer you can find the solar eclipses that will be (or have been) visible at a particular location, as well as the type of eclipse, it’s magnitude, and when it will start, end, and reach its maximum. In 2002 I used the Eclipse Web site to plan a trail run to coincide with the June 10 solar eclipse. This afternoon I was doing another eclipse run — the north side loop on Boney Mountain.

Perched on rocky ledge on the western ridge of Boney Mountain, I watched as the light on the landscape became increasingly muted. At the eclipse’s maximum almost 80% of the sun’s area would be obscured and about 85% of its width. The descending veil was tangible. I could not only see it, I could feel it. Even though I understood what was occurring, and that it would not last, ancestral fears were welling up and whispering, “Something is wrong…” As the time of maximum eclipse approached, bird songs increased as if it was dusk. The wind, which had been blowing in fits and starts began to blow steadily from the west. The temperature dropped another degree or two.

Once the eclipse’s maximum had passed, I continued to work up the ridge, enjoying the extraordinary light. I hoped my wife was getting some good shots of the eclipse in our backyard. Many eclipse viewers are so focused on the sky, they don’t notice the spectacular lensed images projected on the ground and elsewhere by sunlight filtering through trees. The gaps between the leaves of a tree work like a giant pinhole lens, with a focal length of many feet. In the case of the trees in our backyard this produced images of the eclipsed sun 10 inches or more in diameter. Lensed eclipse images were also projected by  sunlight filtering through the chaparral on Boney Mountain.

I topped out on the western ridge around 7:10 and jogged up to the high point between the western and eastern ridges. Across the way three fellow eclipse watchers were on Tri-Peaks, and it sounded like there was a party over on Sandstone Peak. Even with the sun low on the western horizon, you could feel its intensity returning. Only about one-third of the sun was now obscured, and minutes before sunset — about 7:43 — the eclipse would end.

Marine layer haze and long shadows were filling the valleys as I began the second half of my eclipse adventure — running down the eastern ridge and trying to reach the trailhead before it was pitch black. Much of the route was illuminated by the setting sun, and I was able to get past most of the technical running and down to the Danielson cabin site before it became difficult to see. Once on Danielson road the bright western sky provided enough light to run. I made good time down to the creek in Upper Sycamore Canyon and then pushed up the road to Satwiwa. Just enough light remained to run the connecting single track back to the Wendy Drive trailhead.