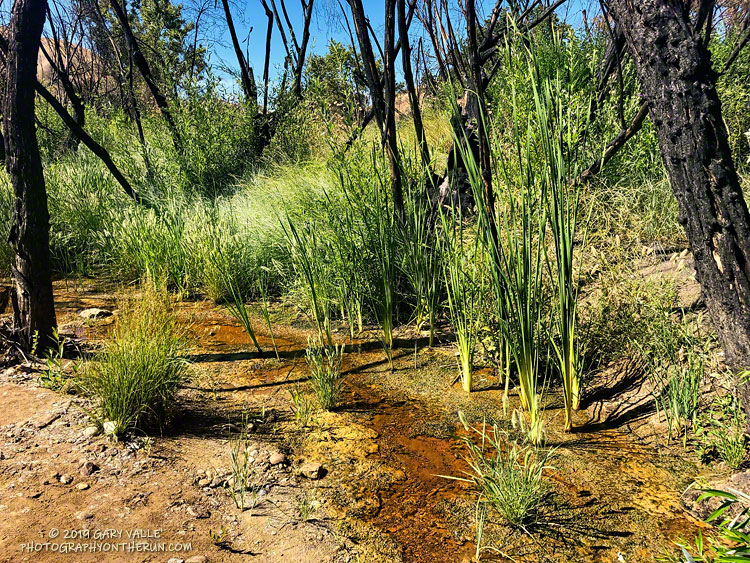 Following our five year drought, Downtown Los Angeles and many neighboring areas recorded above-average rainfall in two of the last three rain years. This has had obvious and observable effects on the area’s plants and animals and aided in the ongoing recovery of habitats affected by drought and wildfire.

Update August 28, 2019.  The surface flow of Upper Las Virgenes Creek near the Cheeseboro connector is down to a bare trickle and some small pools.