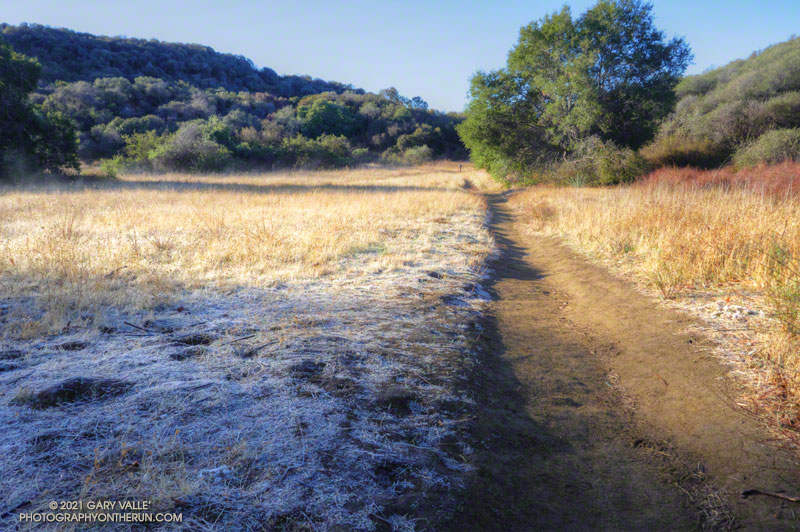 As I approached Musch Camp, a scrub jay flew from a trailside faucet and into a nearby eucalyptus. There had been a little rain the day before, but the birds at the closed camp were still thirsty. Less than a quarter-inch of rain had fallen, and nearby creeks were still dry.

I was doing a run from the “Top of Reseda,” and on a warmer day would have topped off my water bottle at the camp. I stopped at the faucet and briefly turned on the spigot. Maybe that would make it easier for the jay.

Leaving the camp behind, I continued south on the Backbone Trail, across frost-covered Musch Meadow. Early morning sun had just reached the meadow, and water vapor from the melting frost steamed in the cold air.

In another mile I reached the Trippet Ranch trailhead, and then begin the six mile run back to the Valley. At several points on the run there had been wintry views of the local mountains. On the way back the best view of the snowy mountains was from the Hub, where Mt. Baldy could be seen gleaming white in the morning sun.